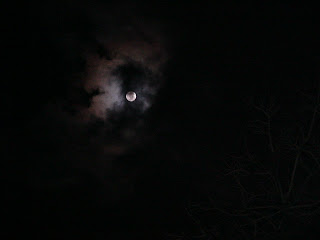 Imagine, if you will, writing a screenplay about a fictitious "real" armageddon. The worst case scenarios are described ABC 20/20's broadcast "Last Days on Earth" on Aug. 30, 2006, or in Martin Rees 's books Our Final Century, or Our Final Hour.

With a gamma ray burst, people would sicken and perish within 30 days of what seems like radiation poisoning (though maybe on only one side of the planet, facing the burst, if it was short and intense enough.) With an approaching black hole, we might have about a year's notice, but a few days before the collision everything would be torn asunder by tidal forces. However, none of these have happened in 4 billion years. My writeup is on this file, near the end of the text.

But one can learn a lesson from the fact that Venus was "ruined" by a runaway greenhouse effect with Carbon dioxide, maybe a billion years ago. The heating appears to have been rather sudden. The surface is now 800 degrees F. Maybe there really was a civilization there that ran amok. The Venus of today (where the surface turns inside out every few hundred million years) is the result of purification.

My own screenplay "Baltimore Is Missing," which I entered into Project Greenlight in 2004, supposes that the earth is going to collide with a previously undetected brown dwarf. It is here.

The films "Armageddon" (asteroid strike) and "Deep Impact" (comet strike) in 1998 really didn't convey that much what it would be like (well, maybe "Deep Impact" did as it went for drama and showed the selection of people for the permanent shelters). Nor did "The Day After Tomorrow" (about a sudden ice age) in 2004. A small film named "Testament" in 1983, about a women and her children awaiting the end in a small town in northern California after nuclear weapons hit San Francisco, comes closer to the mark.
Posted by Bill Boushka at 9:24 AM No comments: