Jules Verne had anticipated some catastrophes 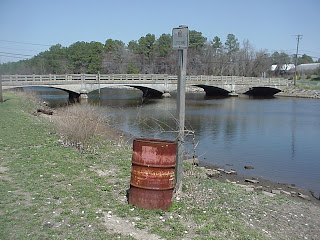 Recently I watched Hallmark's three hour "The Mysterious Island (1875)," Jules Verne 's sequel to "Twenty Thousand Leagues Under the Sea." Neflix had slipped the Hallmark DVD in when the 1962 Columbia film (less than two hours) had been ordered, but no matter. Captain Nemo (Patrick Stewart in the Hallmark film) has harnessed sea water for electricity (a good renewable energy idea in the age of global warming) and threatens to blow up a thorium weapon (equivalent to nuclear weapons 80 years later) to teach the rest of the world a lesson about war (his captives had escaped from The War Between the States in a balloon). At the end of the film, a volcano obliterates all, foreshadowing Krakatoa.

Verne also later authored "Off on a Comet (1877)" in which he anticipates the destruction that could be caused by an encounter with one. But it seems unlikely people could live on a comet, as happens on his book (nor could they live on fragments of earth if it broke apart).

A couple of other books from two decades ago give us fair warning. David Niven and Jerry Pournelle teamed up to write Lucifer's Hammer (1982), where a meteorite strikes the earth and wipes us out; and Allan W. Eckert gave us The HAB Theory (1979) which anticipates a sudden shift of the Earth's magnetic poles, which might happen because of changes in magnetic charge in molten iron in the earth's core. (There was Paramount's movie "The Core" a couple years ago (2003, dir. John Amiel), where the Core stops rotating because of some government black ops project and the Earth loses its magnetic field, which would be a catastrophe. Neither Mars nor Venus have a magnetic field, which could help account for Mars's loss of atmosphere and Venus's runaway greenhouse "global warming" catastrophe a billion or so years ago. Believe it or not, Venus might once have been habitable.
Posted by Bill Boushka at 8:43 PM No comments: