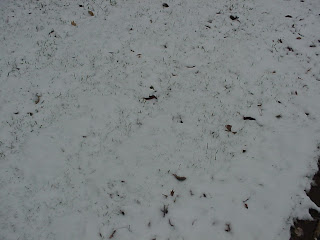 Mega-Disasters: Mega Freeze: Climate Change. I see that in 2006 the History Channel broadcast the film "Climate Change" and this one (broadcast at noon EST Dec 5) seemed to be substantially the same one hour film. I don't know if it was updated. There was the technical discussion of the Dryus climate change that backslid from the Ice Age and lasted about a millennium, forcing nomadic Stone Age crowds south. It discussed the Little Ice Age (possibly caused by sunspots) that stared around 1300 with jumpy climate changes, and didn't lift until about 1800, and may have contributed to the Black Plague and the political foment that led to the American and French Revolutions.

It discussed the thermohaline feedback circulation that accounts for the Gulf Stream that warms Europe and to some extend coastal New England. It could fail suddenly if glacial melting from global warming dumped enough fresh water descending into the ocean, resulting in turning Europe and northern US into having a climate like Siberia, even as far down as New York City. The west coast would be bashed by storms bringing devastating floods and mudslides even into downtown LA. But the Midwest would become a desert. A sudden climate change could reduce the "carrying capacity" of Planet Earth from about 8 billion people (the population is now about 6 billion) all the way down to 2 billion, causing wars over tribal survival. That certainly complicates new moral arguments about population replacement and falling birthrates in western countries (and China's one child policy).

Popular lore talks about a winter "superstorm" that descends from the poles and freezes most of North America, as in the movie "The Day After Tomorrow" (as well as another TV film called simply "Ice"). Just this past weekend (Dec 1, 2007) the Oregon and Washington coasts were bashed by Category 2 hurricane force winds from a Pacific storm in an area where the water is too cold for hurricanes to form as in the tropics. Felicity Barringer, of the New York Times, has a headline story on AOL today "Study Finds Rise in Stormy Weather" here.
Posted by Bill Boushka at 11:16 AM

Anonymous said...
This comment has been removed by a blog administrator.
8:38 PM

Anonymous said...
This comment has been removed by a blog administrator.
10:28 PM