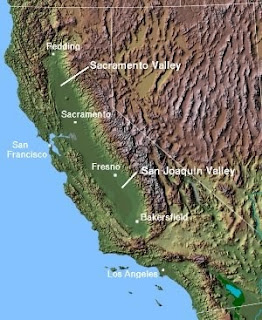 CBS “60 Minutes” on Sunday Night (Dec 27) ran a report “California: Running Dry” on the California irrigation system, where farmers blame environmentalists for disrupting their business to save an endangered fish. Governor Schwarzenegger is caught in the middle, as a Republican but as “The Green Governor” and as concerned about the declining economy of his state.

But the real important of the story concerns the levees in California’s central valley and the catastrophic flooding that could occur at any time with a major earthquake, which is almost inevitable. 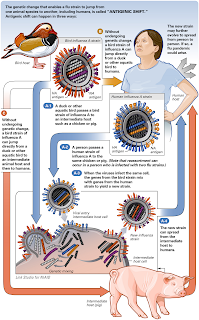 On Monday Dec. 14, PBS station WETA, Channel 26 in Washington DC, aired its hour-long documentary “Anatomy of a Pandemic”, produced in part by the station, narrated by NewHour’s Ray Suarez. The link is here. A video preview is offered there.

The film traced the history of similar viruses, including the horrific 1918 Spanish flu, in which the young and healthy sometimes dies of suffocation in a few hours. The virus seems to have incubated among the troops, and an overactive immune reaction in the lungs produced a drowning effect. In some cities, society almost completely broke down during the epidemic, and people starved in their apartments.

The show documented the 1976 swine flu epidemic, and the Ford administration’s rush for a “shotgun” vaccine, and then the shutdown of vaccination after there were some cases of Guillain Barre Syndrome.

The documentary portrays H1N1 as unpredictable, even as there is now a lull in the epidemic. The virus does tend to attach deep in the lungs, and has been more dangerous for young adults than most seasonal flu, even if the total death total is now still less than for seasonal flu.

One of the biggest concerns is that H1N1 genes will mix with H5N1 genes, and produce even deadlier viruses. A new viral epidemic, especially based on H5N1, could produce as great a threat to civilization as did the 1918 flu. 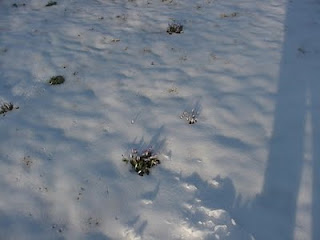 Remember Roland Emmerich’s “earlier” global catastrophe with “The Day After Tomorrow” (20th Century Fox), with the sudden global deep freeze, ironically opening around Memorial Day 2004? Jake Gyallenhaal, as Sam, was pretty much at the end of his youth then, as his scientist dad (Dennis Quaid) tries to reach him in New York. His dad has discovered that the arctic ice cap is starting to fracture and quickly melt, disrupting ocean currents that support the Gulf Stream. 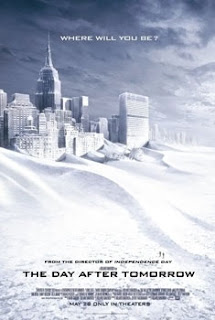 Today Live Science has an article by Charles Q. Choi, “Big Freeze: Earth could plunge into sudden ice age”, link here. It was reproduced this morning on MSNBC.

According to latest research, the ice age of 12000 years ago started when Lake Agassiz melted and overflowed. A similar result could happen if the Greenland ice cap were to melt quickly. An ice age could develop in less than a year, giving humans little time to react.

Some scenarios have an ice stage starting with a polar “super storm” which would probably develop in the late fall.

A movie similar to Emmerich’s is an ABC TV film “Ice” from 1998, directed by Jean de Segonzac, where the whole US, even including southern California, starts to freeze suddenly starting on May 1.

The Live Science article contains a link to “10 top ways to destroy earth”, similar to an ABC-History Channel show of a few years ago, in 2006. (It was called “Last Days on Earth”, with link here.) I like the one about vacuum energy, or a mini-black hole using neutronium (that one sounds a little more plausible to me—my novel manuscript assumes that a “virus” is able to create a mini-black hole and transmit it in a tumor DNA as a disease, with the ultimate possibility that people’s identities combine, Smallville-style). Another neat idea is self-replicating Van Neumann machines. A foreign body really could disturb the orbit of Earth, and either knock it toward the Sun, or as in a Jules Verne novel, away. High school physics teachers could have fun with this article.


Wikipedia attribution link for poster of "Day After Tomorrow" film. I maintain that, in the spirit of the link, inclusion of the photo is "fair use" because this blog post adds to the notion that the premise of the 2004 film is actually somewhat credible scientifically and should be taken seriously by the world's political processes.
Posted by Bill Boushka at 7:05 AM No comments: