Chile earthquake will produce a lot of documentary video; tsunami watch around the Pacific

I looked to see what kind of guerilla documentary filmmaking has been going on today with the earthquake in Chile. There’s not that much yet.

Chad Myers of CNN explains the Richter scale -- sorry, that's a 50s science class term; Chad says call it "Magnitude". An 8.0 earthquake is 32 times as strong as a 7.0 quake. The meteorologist explains the tsunami risk, which is hard to predict, for the next 24 hours all around the Pacific Ocean, including Hawaii, Alaska, New Zealand, Australia, maybe even some areas of the US West Coast. It’s likely that the waves would decrease with distance and be small. But if someone is near a beach and sees the water recede, exposing more “land”, that means that a tsunami is coming. This was the case with the Indonesian tsunami in 2004.

There are numerous copied videos on YouTube, and a few at-home commentaries, such as one by “Everyman Unemployed.” (link ) There is mention of the “Haarp Project” (the High Frequency Auroral Research Program), link. But, not, I don’t think this is a precursor of 2012.

It's useful to look at a Universal Newsreel (presumably Universal Pictures) from the 1960 Chile Earthquake on YouTube here. Back in those days, people got news, espcially of disasters, from the movies. 1960 was said to be the worst earthquake year ever. I was finishing high school then.

Attribution link for CIA map published today (unclassified) of earthquake from Wikipedia.
Posted by Bill Boushka at 11:50 AM No comments: Links to this post

CNN simulates "Cyber.Shockwave" and says "we were warned" 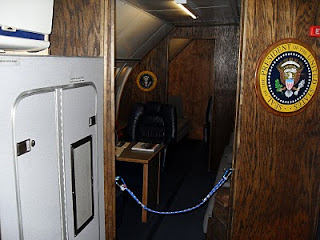 On both Saturday Feb. 20 and Sunday Feb. 21 CNN staged a mock “live event” called “We Were Warned: Cyber Shockwave” hosted by Wolf Blitzer, with numerous former US officials on a “National Security Council” panel, including Michael Cherkoff, John Negroponte (a laptop for every child) and Jamie Gorelick (from the Clinton years), sitting on a panel supposedly simulating the President's Cabinet. The incident is punctuated by updates from the fictitious network “GNN”. There were constant The fictional scenario is described as a "cyber Pearl Harbor" or "cyber 9/11".

The best link from CNN for the show right now seems to be here, which mentions a recent government simulation of a cyber attack discussed on my Internet safety blog.

The incident starts when many cell phones go out because of an (botnet) infected application. The infection spreads to the Internet as people “sync up”. Within hours, most financial transactions and blog postings on the Internet stop.

Later there a major power failures in Eastern US., with coordinated physical attacks. The country faces the idea that hospital generators could fail in some number of hours. There are questions as to whether the electric grid could be attacked from the Internet (improbable).

The question comes up as to whether the president should nationalize major industries. But you can’t operate the power grid from the White House.

The botnet attack seems to have originated from a server in Irkutsk, Russia, and was launched by an individual from Sudan.

The president is confronted with the idea as to how to tell the American people that this will not happen again, or whether they will have to live with interrupted communications and constant power outages, brought low like a third world country.

Gorelick (who sometimes had been a millstone on "don't ask don't tell" during the Clinton years) suggested that the government could use rendition if if catches the Sudanese suspect overseas. She didn't say "extreme rendition". I hope there are a lot of pie charts. (Put Jake Gyllenhaal on the panel.)

Here is a “Russia Today” YouTube video on the recent government war game.

Posted by Bill Boushka at 7:04 PM No comments: Links to this post 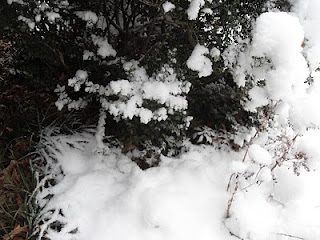 The Tactical PodCast, with host Kurt, gives a ten minute tutorial on “Emergency Disaster Preparedness: Bug Out Bag” – how to pack your civilian duffel bag for a situation like that in the film “The Road”. The caption warns of martial law or total breakdown, and it’s up to you to protect yourself and your family. Kurt has a wife and two sons and lives in conservative Tidewater Virginia (probably not far from Fort Eustis). You definitely need to carry a gun, clandestinely if possible (not difficult in Virginia), duct tape ($1 at WalMart), a machete, cargo pants with camouflage colors – you get the idea. Civilization really could go “back to the bay” (BTTB as we said in the Army). His basic training advice: get ready for bivouac. He didn’t add an M-17 protective mask (we carried them in 1968). The video seems horizontally compressed. (Link).


University of California Television offers a 53 minute video, directed by Peter Kreklow, “Disaster Preparedness: Natural Disasters: Health Professionals”, showing interviews with first responders among medical professionals. The underlying message was that in California disasters tend to occur together: earthquakes can cause fires and floods, even tsunamis. Much of the film concerns a recent wildfire in San Diego county. One female doctor tells of attending a convention in Chicago and being paged to come back immediately, when she hadn’t yet seen any information about the disaster on the Internet. There is some discussion of family preparedness, and of the necessity of some social cohesion among members of extended families, as well as neighbors, almost as in the New Testament. There is a lot of discussion and video of the response to the 1989 Loma Prieta earthquake in the Bay Area. Many of the fatalities occurred with the collapse of the Oakland freeway. (Link).

When I visited the San Diego area in February 2002, there was a wildfire north of the city, with a lot of media coverage.

The web reference for the series is this link.
Posted by Bill Boushka at 6:11 PM No comments: Links to this post