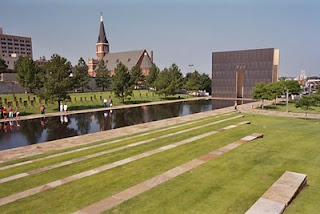 The Rachel Maddow Show on MSNBC on Monday April 19 (15 years to the day of the Oklahoma City tragedy) presented the MSNBC documentary film, “The McVeigh Tapes: Confessions of an American Terrorist”.

MSNBC compiled the film from 45 hours of interview tapes made by author Lou Michel.

Through the interviews, the film recreates his life, his disenchantment, and the evolution of his sociopathy, after a career in the Army broke down after the Gulf War.  He became directionless and then angry and looking for enemies, which would turn out to be the government.  “Here is one kid who decided he could play god.” Later there is a particularly notorious line from an arrogant McVeigh, “get used to it.”

McVeigh seemed to have contempt for people who depended on government without recognizing it; of course, the right wing is always saying that people should depend on their own families, not government. He was said to have no compassion, but that's an odd characterizion given that he had committed the crime. His attitude toward "civilians" sounds like that of Nazi Germany when it invaded other countries. The early part of the documentary says that McVeigh was bullied as a youngster, but early on found meaning in the regimentation of Army life.  McVeigh saw himself as a soldier, and as a one-man Army cleansing the world of dependency and "evil"; but the "logic" of some of his statements (as about "collateral damage") quickly becomes self-contradictory.  (Note: The US Army has used "Army of one" as a recruiting phrase and the term is actually trademarked.)

His image was recreated with actors and cgi programming, but the voice, which sounds a bit shrill, is his.

Visit msnbc.com for breaking news, world news, and news about the economy

McVeigh paid the supreme penalty at a federal prison in Terre Haute, Indiana on June 11, 2001, three months to the day before 9/11.

The documentary explains his quick apprehension, partly by luck with a particular state trooper, and by an incredibly easy trail to find that he had left behind in Kansas. (For only a few hours the media thought that the attack had been perpetrated from the Middle East, which 9/11 would be.)  His co-conspirator Nichols, now serving life terms, had “more to lose” because he had a family and tried to drop out.

The film does not cover lawyer Steven Jones, a “good Republican” from Enid OK who defended him. 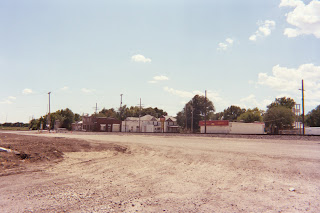 Posted by Bill Boushka at 8:39 PM No comments: Links to this post

CNN: "Death and Taxes: Joe Stack's Attack on the IRS"

On Saturday April 17, CNN aired a one-hour film “Death and Taxes: Joe Stack’s Attack on the IRS”, from the CNN Special Investigations Unit (SIU) with Abbie Boudreau. The transcript is (website url) here.

Stack flew a plane into the IRS office building in Austin, TX on February 18, after setting fire to his own home.

The film traced his boyhood, including family tragedies that made him an orphan, and his rearing at am orphanage in Hershey, PA, being turned loose with $100 in his pocket at 18 after graduation.

The show discussed the “lone wolf” problem, and distinguished between people who disagree with government policy and taxation but who participate politically in legitimate debate (including blogging) – the “Tea Party” movement – an sociopaths. Remember, the original “Tea Party” evolved when there was no representative government.

Wikipedia attribution link for picture of building after the Piper Dakota crash, here.
Posted by Bill Boushka at 2:12 PM 1 comment: Links to this post 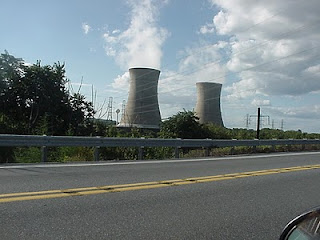 “Nature Unleashed: Earthquake” (2004) is a Canadian-UK-Lithuanian film taking us to what might happen if earthquakes destroyed a nuclear power plant near a fictitious large city in Russia (Kasursk). Directed by Tibor Takacs, it proposes China Syndrome scenarios worse than Chernobyl or anything ever imagined by Karen Silkwood (and certainly a lot worse than Three Mile Island, the worst disaster in the US).

The plot is a bit contrived. Josh (Fintan McKeown) is a nuclear engineer whose family lives in an American compound in Russia and whose kids attend an academy there. In fact, in an early scene we see his teenage son in chemistry class, with the teacher telling them when to light matches for a Bunsen burner (something I was afraid to do in high school at one time). Soon the earthquakes strike and multiple. In one scene, daughter is trapped in a subway crash, which is actually well done (like that in Summit’s “Knowing”).

Josh’s wife implores her son to watch his sister, before she knows she was trapped in the subway. The screenplay hits the family responsibility set up by parents (to kids to be responsible for and protect siblings, who were born by their parents) pretty hard, and the tone of the film becomes hysterical as the hunt to save everyone from the earthquake and meltdown damage escalates.

This might be a good place to mention the short "The Door” (18 min, dir. Juanita Wilson, Ireland/Ukraine), reviewed March 2, 2010 on the movies blog, about the after effects of Chernobyl on a family.


Some versions of the full film on YouTube were removed for copyright reasons.

You can rent the film from Netflix (the word “Earthquake” appears first). It appears that NBC-Universal may have bought the copyright for the film. The film (DVD from Platinum films right now) does not seem to have its own official site. Typically films like this get aired on SyFy or Ion.

Of course, the granddaddy earthquake movie was titled just that ("Earthquake") in 1974, complete with sensurround.
Posted by Bill Boushka at 8:55 PM No comments: Links to this post

Wikileaks releases video of Baghdad incident that it decrypted 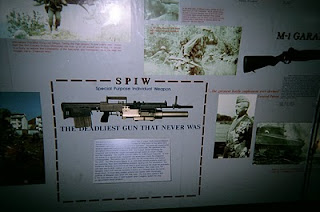 Wikileaks has put on its website a 39-minute short film of video that it acquired and decrypted, showing the “friendly fire” killing of at least twelve civilians in “New Baghdad” near Baghdad itself. The video many still panes of explanation and subtitles, and is in black-and-white. The title is “Collateral Murder.” Right now there is a direct YouTube embed of the short 17-min version on the Wikileaks site (web url) here.


The long version is on “Collateral Murder” here  Two Reuters staff members were killed, and Reuters was not able to get the video through the Freedom of Information Act.

The film is shot from overhead in choppers, but the intensity reminds one of Kathryn Bigelow’s film “The Hurt Locker” from Summit Entertainment. I also recalled the movie "The Killing Fields."

Noam Cohen and Brian Stetler have a story in the New York Times, “Iraq Video Brings Notice to a Web Site” here.

Wikileaks was founded by Australian Julian Assange in 2006.

I found an embeddable version on open YouTube by AlJazeeraEnglish.

Ellen Nakashima has a front page Washington Post story "Army intelligence analyst held in Wikileaks incident", link here. The online title for the article is "Online contact says he turned in analyst who wanted to leak information". Army Specialist Bradley Manning was detailed June 7 for disclosing classified information, after he had contacted Adrian Lamo, who turned him in. Nevertheless, the video still works and can be viewed by the public; the cat's out of the bag.  I hope bloggers don't get in trouble for displaying it (what the law is if an amateur jouralist stumbles on classified informationa and is not sworn to protect it as a government employee, contractor or armed forces member is a good question and brings up the journalist sield law question).

My picture here (below, from March 2010): from US Army Ordnance Museum at Aberdeen Proving Grounds, MD. There is an exhibit there of a robot that defuses ordnance with a microwave device associated with EMP (second picture). 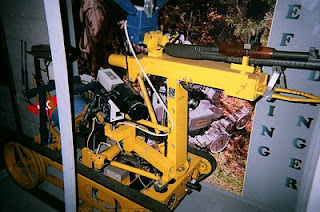 Chelsea Manning has been released from prison under President Obama's commutation. She remains in the Army and can get benefits for her transition.
Posted by Bill Boushka at 5:13 PM No comments: Links to this post

Fox continues "24" season 8 with two-hour clips; but the scenarios start to wear thin 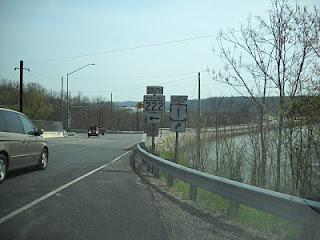 I peeked at “24” on Fox tonight for two hours, as it is in now in Season 8. A few years ago, the “real time” approach seemed effective, and I watched this series as a favorite (along with “Smallville” and “Everwood”). Now it seems a bit staid, as the series has gone through so many over-the-top crises that this “The West Wing” approach no longer seems as compelling.

But right now, a president Hassan of an Islamic country is held hostage, and the US government has to consider whether to fake a delivery of Hassan, making it appear that the rebels took him themselves, while the government also deals with a “radioactivity dispersion device” threat in New York City. That seems mild compared to the suitcase nuke that the show detonated in LA in 2007 (a fatality count of 60000 as predicted in the show sounds very unlikely), but such a dirty detonation of a conventional explosive in New York could contaminate the real estate in some number of blocks there for years or decades. Discussions like this abounded in the months following 9/11.

Ironically (given what’s in the movies now) the show has a character named Chloe, played by Mary Jane Rajskub, and she looks but does not act like the temptress in the recent Sony indie film.

President Allison Taylor (Cherry Jones) may supposed to emulate Hillary Clinton, but she sounds much noire sharp-edged, ready to pull the switch herself.

Kiefer Sutherland gives an ITN interview here, and explains how the seasons of “24” are separated by a year each, but Season 7 flows into Season 8.

Originally, the series as advertised heavily with previews in National Amusements theaters and in the Washington DC Metro (as sensitive as that would seem now).
Posted by Bill Boushka at 7:48 PM No comments: Links to this post