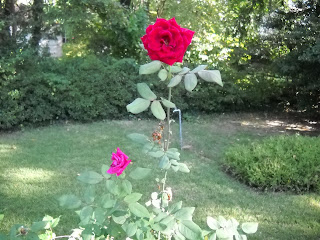 CNN has a video documenting that residents of San Bruno CA had smelled gas in the area for as long as three weeks, before the gigantic explosion Sept. 9. If complaints had been ignored, this would become a huge legal issue.


There are many other videos documenting the destruction to over 50 homes in one of the largest residential gas explosions ever. Flames shot several hundred feet into the air, and many residents thought that a jumbo jet plane had crashed.

There was a much smaller incident in the Bay Area in 2008, and apparent Pacific Gas and Electric employees did not follow through properly on a suspected error in engineering. The media has reported the area as a "crime scene" although the "crime" is likely to be corporate negligence.

The idea of an incident like this is in a natural gas line is scary. In many older cities and some suburbs, water main breaks are common. One in suburban Montgomery County, MD in December 2008 swept away many cars. Deterioration of a gas main with time would be an even bigger public safety problem.

Moxnews has a longer version of this video from CNN (link) Moxnews describes itself as a news documentation and “keeping them honest” site.

I remember there was a major gas explosion in northern Virginia in 1972.

Personally, I like “all electric” and think that the ideal home would have solar or wind on the premises to use when possible. Such a home would have utilities even when all power is out. If all homes did this, the US would be much more secure from an enemy attack on the grid.

All of this speaks to the importance of infrastructure safety.
Posted by Bill Boushka at 6:35 AM