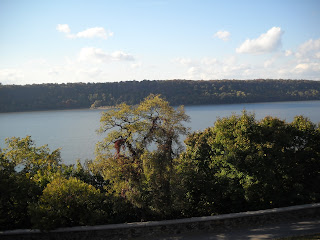 I was motivated to look for this by a Bing video, less than one minute, of an asteroid hitting the Earth and with the impact surrounding Earth with a huge dust cloud. I can’t find that now.

Stern’s discussion is less ominous, but he says there is a big effort to track all asteroids in remotely near Earth orbits of 1 km in diameter or more. It would be possible to deflect one by changing reflectivity so that the pressure of sunlight changes the orbit slightly, or even the mass of a spacecraft could do so. It would not be a good idea to blow one apart. The video contained animated reconstructions of Tunguska in 1908, and of the dinosaur-killing impact on the Yucatan 65 million years ago leading to the rise of mammals (and us).

Various other sources says that a 1 km asteroid hitting the ocean could completely destroy the Earth’s ozone layer.

By the way, take a look at Sam Hughes "recipes" on Live Science, "Top 10 Ways to Destroy Earth", link. I like #8, make your own mini black hole  (as if neutronium were mentioned in every cookbook)-- except that the singularity point replacing Earth would eventually evaporate in Hawking radiation, leaving nothing.  I like #10, too: Existence fails, and the one about the contagious strangelet.

Posted by Bill Boushka at 6:32 AM No comments: Links to this post

AP, MSNBC post video of the innards of a Texas tornado

NBC Nightly News tonight broadcast an AP amateur video, 46 seconds, of the inside of a tornado from Navarro County, Texas. No cows fly through the air (as in “Twister”) but it’s pretty scary. The county is between Dallas-Ft. Worth and Waco, and includes Corsicana. I passed through the area many times in the 1980s. The closest a tornado came to a residence of mine was a small F0 or F1 in December 1987 (missed me by less than one mile on Lake June Road in Dallas).

Posted by Bill Boushka at 5:35 PM No comments: Links to this post 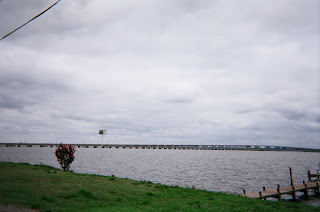 James D. Zirin interviews Adam Segal (Senior Fellow, China Studies in Foreign Relations) in “Digital Age: How Ready Are We For a Cyber War?”, as posted by Goodaletv, Feb. 2010. Most of the discussion concerns China and the suspicions that it was behind numerous security breaches at American companies and government agencies, particularly in the summer of 2009. The question comes up as to whether Chinese hackers would sell out to Al Qaeda under the table to attack American infrastructure like the power grid, but that is easier said than done.

On the related items on the YouTube page, there is another video of about the same length in the Digital Age series. James C. Goodale, former Vice Chairman of the New York Times, interviews Michael Sheehan of Lexington Security Group and former Deputy Commissioner of Security for New York City, in a 26 minute clip: “Are We Winng the War on Terrorism?” Goodale reviews all the major government policy initiatives to prevent Al Qaeda from launching major attacks, particularly with WMD’s, and suggests that Al Qaeda is probably too decentralized to carry something like that out now. But it is very difficult to stop the lone actor attack attempts like those on Christmas Day (or last May).