"Guns in America" debated on "Your Voice Your Future" townhall 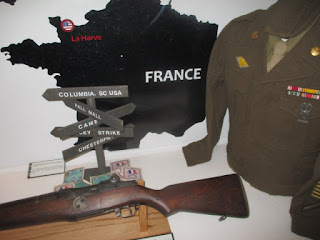 Johnathan Elias moderated, and Jeff Goldberg assisted, by interviewing the owner of a new community gun shop in Falls Church, VA, where there is real training for consumers.

Scott Thuman was in Paris, and indicated that the French do not want to loosen gun laws on the American theory that people need to be able to defend themselves. France has about 1/5 the US population but about 1/3 the gun-related deaths (per person).

GOP congressman Tim Murphy was interviewed, and he sounded in the middle on the issue.  Murphy noted that most domestic active shooting rampages came from weapons purchased legally, and that would have been legal even with background checks. Heritage Foundation analyst Hans Von Spakovsky echoed the importance of being able to defend oneself and family in an emergency.  One can become maimed and dependent on others as a result of not being able to defend oneself, so the conservative idea of social capital and interdependence cuts both ways.

Sara Kerai supported the background checks, whereas David Keene from the Washington Times made the usual self-defense arguments.

Curiously, I don’t find a trademark for “Your Voice Your Future” on USPTO’s TESS system.  I expected to find one.

Another question, with my history of “psychiatric treatment” in the early 1960s after my William and Mary expulsion, would I pass the background check?

The video above is for a similar town hall a year ago.

Picture comes from a military museum near USC in Columbia, SC (personal trip)

Posted by Bill Boushka at 5:49 PM No comments:

"Electromagnetic Pulse: A Prepper's Perspective": an informative lecture from the woods in northern Ontario 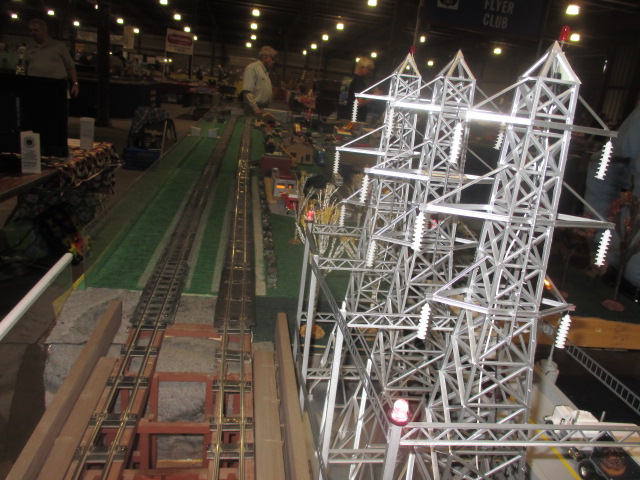 “Electromagnetic Pulse: A Prepper’s Perspective” by the Ontario Preppers Survival Network, is a 65-minute “film” summarizing the EMP and solar storm threats to infrastructure.

The film consists of a nighttime outdoor lecture at an electric easel in the woods somewhere in the boonies in Ontario, away from Toronto, recorded on July 11, 2015.  (That was a Saturday, and I was in Florida visiting NASA that day).

Five months later, the film seems like important viewing because homeland security bureaucracy is preoccupied with low-tech loan-wolf attacks (particularly from the ease of obtaining connventional assault weapons or of building low-tech explosives).  We're lucky that asymmetric enemies seem less skilled than they might be -- despite the fluency ISIS shows with using social media for propaganda and then going dark with encryption.

The speaker tries to discredit a lot of “prepper” myths. He also takes the position that he doesn't want to depend on the Canadian government to "save him" if something happens.

He talks about both an EMP high-altitude nuclear blast, and severe solar storms (the largest being the Carrington Event in 1859, and a smaller one in Quebec in 1989).  He is right in saying that the solar flare occurs before the coronal mass ejection. But I thought the CME was unlikely to damage electronics that were not actually plugged into the grid.  An EMP attack, on the other hand, could destroy all electronic and magnetic devices, even magnetic (not optical) backups.

Of course, electric appliances plugged in to sockets could be fried in a severe overload that could result from a solar storm, or from overloads caused by cyberwar (as opposed to EMP), as in Ted Koppel’s recent book “Lights Out”.

However, a solar storm’s effects can be widespread, and can affect the night side of the Earth, and the winter hemisphere.


He is right in that our dependence on electricity is unprecedented.  Even if some electricity were restored, it might not support sophisticated devices today.  (He mentions “graphene”).  At the very end, he discusses the need for social structures that can sustain themselves in a much more elementary environment.

There is some discussion of Faraday cages. The speaker often mentions Michael Maloof’s book (see Books, Nov. 10, 2015 and April 13, 2013, “A Nation Forsaken”).  Maloof has warned that non-nuclear devices exist that could be made by terrorists, and are in use by the US Army today and are exhibited at the museum at Aberdeen Proving Grounds, MD.  “How Stuff Works” has an explanation .  Popular Mechanics published a controversial article on the topic in 2001 one week before 9/11, or at this URL.   Check this Blogger post . But Future Science called the Popular Mechanics article a “terrible cover story” with junk science, whereas some comments claimed they were making money and selling magazines by giving away what should be classified information.

There is another hour-long YouTube video where former CIA Director James Woolsey, July 31, 2013, speaks about “Existential EMP Threat to America” put up by Secure Freedom.

Woolsey notes that investors decided early in the 20th century to go along with the ideas of Nikola Tesla and build AC grids.  It would have been possible to build a less centralized grid based on DC (but much less profitable).  The History Channel has documented this before.  Woolsey says that no one is in control of the entire grid.  He also notes that the Solar Storm in 1989, had it been aimed at New York rather than northern Quebec, could have done 3 trillion dollars damage.  Woolsey says that some military assets are protected from EMP.   He notes also that most large transformers are made in South Korea of northern Europe (Germany, Scandinavia).   We had a near-miss with a Carrington possible event in 2012. The panel notes that a missile launched (like by Putin) over the South Pole could escape NORAD, and also notes that nuclear weapons could be launched from offshore by inadequately regulated ("Liberian") ships.  The panel notices that Maine is the first state to pass a law dealing with the EMP threat, while Congress debates the GRID and SHIELD acts.

Posted by Bill Boushka at 2:23 PM No comments: