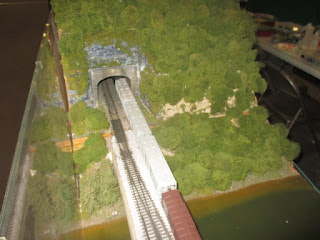 The Zika virus would not appear to be an existential public health threat on the level of avian influenza, Ebola, SARS, and the like.

Strong Medicine has an 11-minute video  simply titled “Zika Virus” that gives a balanced perspective, although some information from the CDC about sexual transmission very recently could raise more alarm. The video emphasizes that most infected people have few or no symptoms, but there have been some instances of paralytic Guillain Barre syndrome that lasts a long time.  The video tends to allow the connection to birth defects and microcephaly to be possibly associated with coincidence.  But later information from the CDC seems to strengthen the connection.  Breitbart has a discussion here.

So for a main course, I watched a 24 minute interview on the Alex Jones Channel (where else?) connected to sites like Prison Planet and Infowars. The title is "Zika Virus Is Bio-Warfare".  The speaker was Francis Anthony Boyle. He claims that genetically engineered mosquitoes were intentionally introduced into northern Brazil and Colombia.

OK, this gets heavily into conspiracy theories, claiming (at least in the voice of the radical right fringe) that Bill Gates and others are genetically modifying mosquitoes to create an epidemic in order to market a vaccine.  It also claims that the virus us being deliberately vectored as part of a eugenics plan for lower income countries, for population control.

The idea that an arbovirus is also sexually transmitted (in the case of Zika, readily in heterosexual cases) and related to birth defects and maybe sterility is certainly socially and politically provocative.

During the AIDS epidemic in the 1980s, before HIV (or HTLV-III) was completely accepted as the cause, the New York Native (Charles Ortleb) tried to claim that AIDS might be related to ASV, African Swine Fever Virus, and was being incubated secretly at a USDA lab on Plum Island on Long Island, NY.  But, especially in Texas, the religious right was spinning theories that the mysterious AIDS virus, after amplification by gay men in a chain letter, would get transformed and become transmissible by insects, especially mosquitoes.  But most insect-born viruses are transmitted only by a very narrow range of viruses, so such a random change is very unlikely.  With Zika, on the other hand, you have a virus, sexually transmitted,  that may not make most people (adults, teens and older children) sick but instead affecting mostly the unborn, a politically explosive idea. It’s not hard to imagine a virus not causing symptoms other than massive sterility, and how that could be politically misused.  Yes, the stuff of horror and sci-fi.  Consider the 2006 film from Universal, “Children of Men” by Alfonso Cuaron, with Clive Owen and Julianne Moore.

Posted by Bill Boushka at 10:03 AM No comments: