Another "video" on the EMP threat, and a sales pitch for some rather pricey doomsday prepper guides 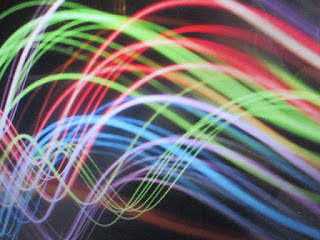 An entity calling itself “Adonis Golden Radio” and a “Mr. Mudwart” has a 42-minute video “How to Prepare for and Survive an EMP Attack (Electromagnetic Pulse)”.
Now, the entire film consists of reading text rolling on a page, and that isn’t exactly creative filmmaking.

He offers an “EMP Survival Guide” with supplementary materials (like food tips) for a total of $161, or $27 digital.  I could not find an exact match online (including Amazon) but I found a similar book by Poole.

He talks about self-publishing the books, and says he will pull them if the public does not show interest.  He’ll then be content to live in Doomsday Prepper mode, taking care of his own family and maybe immediate neighbors. His presentation style is manipulative, like a traditional sales-pitch, something I have avoided with my own books, and drawn criticism for not trying harder to “sell”, as if it were unethical to just let people find it.  (In fact, I don’t like to be a pest;  I went too far with one friend on Twitter and got “blocked”l others would say, you need a thick skin, move on;  I would say, no, treat everyone well, don’t over-pitch, and have quality contacts online, and learn from your occasional mishaps.) 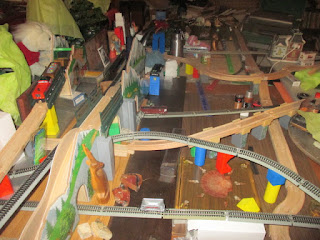 He says that the biggest threat might not be enemies but a solar geomagnetic storm, like a Carrington Event.  But my understanding has been that a solar storm would not actually fry home electronics;  it would “just” overload power grid transformers.

He does explain how EMP works, as a microwave or radio tsunami.

But he is correct in saying that there are both non-nuclear and nuclear EMP devices. The nuclear devices might be more likely to come from the leftovers of the Soviet Union, and he mentions the work of Andrei Sakharov.  He is not as specific as to how “home-made” EMP devices would work (more about this on the Jan. 3 post).   There are some short videos on YouTube (obvious and easy to search for) that purport to tell you how to make them (effective only in small radii); I wonder if these would violate YouTube TOS.  I don’t think posting them is illegal.

He correctly talks about our growing dependence on electronics and on the ubiquity of electricity, and how that might stimulate a phony moral outrage from enemies whose lives are less dependent on electricity than hours (he mentions Ql Qaeda).

He also encourages a “September 10” view, where no one understood that “there’s always a first time.” And people would know they face months or years, maybe forever, without electricity and that many would die horribly (like in “One Second After”).

He also discusses several government tests in the 1960s, the Starlight Prime event and a test in 1962 that knocked out a lot of electronics in Hawaii.

He gives one tip for free.  A metal cake box (is aluminum OK?) will shield smaller electronics (like a laptop or tablet), as long as the device is not in contact with the metal, and the metal box is not grounded.  This effectively makes a small “Faraday Cage”.

It seems noteworthy that GOP presidential candidate Ted Cruz mentioned EMP to Wolf Blitzer on CNN late during the night of March 21, 2016, just a couple hours before the Brussels conventional attack would be launched. And ISIS has been reported casing a nuclear power plant in Belgium.

Posted by Bill Boushka at 9:01 AM No comments: