Found footage of Viet Cong from 1967 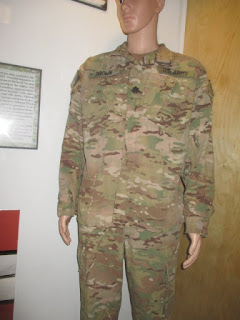 Robert Le Blanc (subject of and co-author of the book “Silent Drums”, has shared (on Facebook) about an hour of rediscovered Viet Cong footage from 1967, silent, black and white.


This reminds me of the Wikileaks “Collateral Murder” from Iraq (April 7, 2010).  But this is actual enemy footage, the kind of stuff that might have been shown in Basic Training at Fort Jackson in 1968 if the Army had had it then,


As embedded, the footage will not play when using "https" (just use http).  Or you can use this direct link,
Posted by Bill Boushka at 9:26 AM No comments: Links to this post 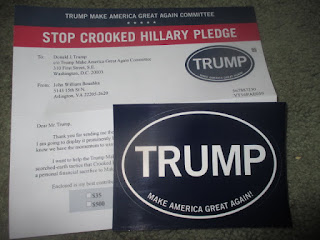 This 16-minute short by Jakob Hill won't win any prizes for cinematography.

But here is a simulation on what most people around the country would see if long range missiles (as from North Korea) were detected approaching the US and not intercepted by NORAD.

The film assumes the viewer is in Los Angeles.

This film sound interest "Survival Mom" on Facebook.  She would go to her bug-in location.
Posted by Bill Boushka at 1:23 PM No comments: Links to this post 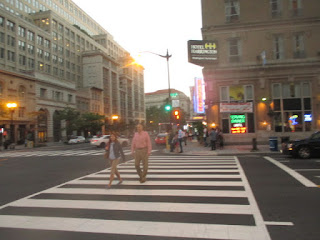 The ABC drama “Designated Survivor” (created by David Guggenheim), which premiered on Wednesday, Sept. 21, supposes that a less critical cabinet member (HUD Secretary Tom Kirkman played by Kiefer Sutherland) has been sequestered during a State of the Union address, and becomes president when all of Congress and the rest of the Cabinet and President and VP, and all of the Supreme Court are lost in a bombing of the Capitol.

The second episode names another Al Qaeda affiliate (a fictitious group) as the suspects.
While it would sound impossible for a group to plant a conventional explosive capable of this (unless it was somehow an inside job, which the show is likely to presume), the 9/11 plot attempted to decapitate the US government with further strikes on the Capitol and/or White House.  Of course, even had the plane Flight 93 not downed in Pennsylvania, both facilities had been evacuated long before the plane could have arrived.  But the idea that terrorists could have chosen the White House and Capitol as the first targets sounds like a chilling possibility (although President Bush was in Florida reading “My Pet Goat” to children at the time).

As a result of most of the government being destroyed, states (like Michigan) try to declare the Constitution invalid and want to secede.  That idea suggests the idea that in internal right wing conspiracy of this sort (trying to falsely blame Islam) is at least conceivable.

Yet, such an idea drives readers to doomsday prepper Facebook pages and blogs like “Survivor Mom” with her talk of bug-out locations

Posted by Bill Boushka at 2:28 PM No comments: Links to this post