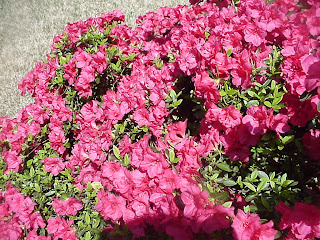 On Sunday April 29 2007 Anderson Cooper CNN "Special Investigations Unit" presented an updated "Edge of Disaster" that included discussion of radioactivity dispersion in Washington DC -- an event that would cause few fatalities but enormous economic uncertainty and disruption (other reports claim that this could make some areas uninhabitable), smallpox (which could kill 30% of unvaccinated people exposed in a large city -- and vaccinations stopped in 1972), of (as before) the power grid failure in the Northeast in August 2003 (caused by a tree falling on a power line in Ohio, and a software failure in the "reverse Lake Erie loop"), and (as before) especially of the land protected from inland waterways (much of it for irrigation)in the California Central Valley, where levees could be sundered by earthquakes. The potential for economic damage in the Sacramento, CA area is greater than that if New Orleans with Hurricane Katrina. The LNG risk in Boston was also reviewed again.

Surprisingly, the possibility of pandemic flu (avian influenza), a natural hazard) was not covered. In 2003, the SARS outbreak in China gave us a warning of how a new infectious disease can arise naturally, especially in areas of the world where people live very close to livestock and crops. Another hazard is disruption of the food supply -- the contamination of pet food is not yet solved, and the loss of honeybees, possibly to a new parasite, has not yet been explained and represents a real agricultural threat. In early 2001, foot-and-mouth disease broke out in England and somewhat in Europe, resulting in sterilizing shoes of air travelers and possibly a real threat to livestock if it entered the US, which it did not. In early 2001 there was also a threat of hostilities between China and Taiwan, well before the shocker of 9/11.

An earlier review of an earlier version was here.
Posted by Bill Boushka at 1:43 PM No comments: