CNN: We Were Warned: Out of Gas 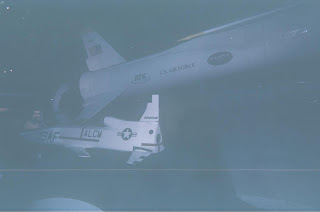 On June 2, 2007 CNN rebroadcast its March 2006 (Special Investigations Unit) one hour film, "We Were Warned: Out of Gas". The film supposes that a crisis starts in September 2009 when a category 5 hurricane, Steve, makes a direct hit on Galveston and Houston, TX and all of the surrounding refineries and ports. A deserted city is shown, with the evacuation along I-10 and I-45. Two days later, Al Qaeda attacks a major oil loading facility in Saudi Arabia by crashing a plane from Iran. It all sounds like it comes from a Tom Clancy novel. But that's what we need, isn't it -- imagination. The stock market drops 20%. Many retail businesses close and lay off workers as truckers cannot find fuel to make deliveries.

Oddly, the movie doesn't mention gasoline rationing. During the 1973-74 crisis, we printed ration cards, and many communities adopted even-odd license plate schemes with gasoline station closure on Sundays and a 50 mph national speed limit. President Nixon prosaically suggested that people "stay home more." There were suggestions of forbidding driving on even-odd schemes, or commuting without carpools, impractical in salaried jobs where people were on-call in the days before telecommuting. We did have gasoline rationing during World War II, to save rubber. I once suggested at MCC that the church develop a carpooling program after the Iran oil and hostage crisis, but no one would take it seriously (the motion died for lack of second, an embarrassing moment, but maybe not in the future).

Matthew Simmons, author of "Twilight in the Desert," discusses how bad it could get if oil production eventually fails. Constant wars, and total breakdown of law and order are foreseen. "It is so bad you don't want to go there."

The film goes on to examine some of the alternatives, such as oil tar sands in Alberta -- but China will be competing for that oil, and it cannot replace that lost from Saudi Arabia. Later it depicts ethanol from sugar cane plantations in Brazil. Former CIA director James Woolsey is shown with his energy efficient house and hybrid car.

This was broadcast on a day where the breakup of a major plot to attack refueling pipelines at JFK airport in New York City was reported all day on the media, especially CNN.

Other links: A Crude Awakening; The Epic of Black Gold
Posted by Bill Boushka at 8:28 PM No comments: