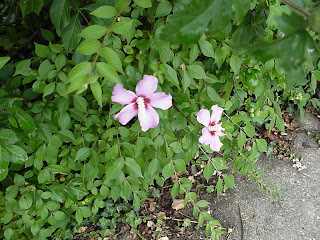 Recently, the Weather Channel has broadcast some of the "It Could Happen Tomorrow" series, half-hour programs on various catastrophes. This one demonstrates what would happen if a Category 5 hurricane made a direct hit on Miami Beach, downtown Miami, and Coconut Grove. It could render more than one million people, many immigrants and low income, homeless for months and challenge ordinary Americans to house them on a scale that even dwarfs Katrina. Miami does extensive drills, and has a "storm activation level time" of SALT system. The show had practical tips for reinforcing homes, and ownership in that area requires a commitment not necessarily expected in inland or less exposed cities.

In 1992 Hurricane Andrew passed to the south of Miami but did tremendous devastation. Hurricanes in August often follow straighter paths than those later in the season, but Katrina was an anomaly, forming suddenly off the Florida coast and intensifying explosively in the unusually warm Gulf of Mexico. That risk is greatest in August.
Posted by Bill Boushka at 4:09 PM No comments: Links to this post

Sunshine: could the Sun go dark? 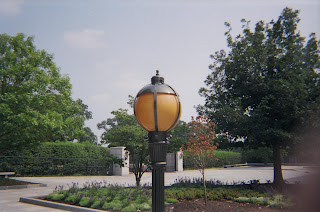 I don’t know how plausible is the scenario that some kind of unusual matter could “infect” the Sun and turn off its nuclear furnace, but that’s the premise underneath Danny Boyle’s latest DNA film / UK Film Council psychological sci-fi “thriller” Sunshine. (I have read of some wild speculations of how physics experiments could go so wrong.) On the closed world of the spaceships, we see the crews deal with the morality of "playing God" -- drawing straws on their own lives and on civilization back home.

Of course, we don’t see how people got by on earth during the seven bad years of reduced sunlight. We see more of that in a 1998 TV film from ABC called Ice, directed by Jean de Segonzac (from Trimark, which used to be another indie film company). It starts with a sudden cold snap in May, where it freezes in LA and snows in Washington and St. Louis, and where meteorologists sound nonchalant. But soon the Hollywood sign itself is covered with snow, and bedlam breaks out. The explanation has something to do with infection by sunspots. This film was much less convincing, however, than “The Day After Tomorrow” (where the freeze happens because of the loss of the underwater Gulf Stream, with a resulting superstorm).

Conventional astronomy, or course, says that the Sun will swell up to a red giant in a few billion years, and then shrink to a white dwarf. We have to get off the planet by then.

Don’t mix the Sunshine film up with an earlier film of the same name from 1999 directed by Istvan Sazbo, about an Austrian family that undergoes true catastrophe under Hitler and then Communism.

By the way, the new Sunshine comes from Fox Searchlight Pictures, and the company trademark eases into the film by zeroing in on the Sun on the horizon in the trademark.

PBS film on "Dimming the Sun" (and global warming) reviewed here on the TV blog.
Posted by Bill Boushka at 4:43 PM No comments: Links to this post