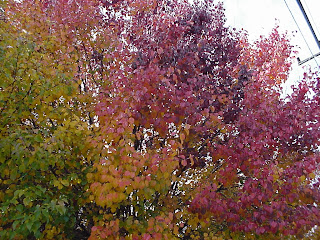 On Nov. 4, 2007, the Hallmark Channel took advantage of the extra hour from the clock fallback and aired the three hour TV film “Pandemic” from Larry Levinson Productions and director Armand Mastroianni, who had directed “Robin Cook’s Virus” in the 1990s.

The film seems like a “two’s complement” to ABC TV’s “Fatal Contact: Bird Flu in America” which I discussed on this blog July 25, 2006. The film is a stereotyped TV disaster movie, in which the script is rigged to provide the public with a lot of information in the dialogue, and therefore, despite all the activity in the film, the movie seems a bit lifeless.

Nevertheless, the movie offers some more ideas about bird flu. This time, the virus is not H5N1 but a variant that the film calls H7N3. (In fact, in the script there is some question as to whether this is really avian influenza or just some other novel zoonosis or pandemic.) And the outbreak starts very suddenly with an index case, a college age young man hiking and diving off the Australian case discovers some dead birds. (In practice, it’s pretty unlikely it could start this way.) Pretty soon, he becomes sick himself on the plane back to LA, coughing up blood, and passes away on the plane. You guessed it, the passengers are quarantined, the whole city is quarantined, and martial law gets declared. But the other interesting thing is the antidote: in the film, the researchers figure out how to make a pseudo-vaccine from patients who have recovered from tuberculosis. The T-cells contain proteins that somehow prevent the new virus from attaching to lung tissue.

Another interesting similar film “Outbreak” came from Wolfgang Petersen and Warner Bros. in 1995, about a monkey virus. Also, "V for Vendetta" (2006) made allusion to bird-flu-like epidemics (maybe government planted). Stephen King's "The Stand", which filled out four two-hour TV segments in 1995, was a lot more effective.
Posted by Bill Boushka at 8:43 AM