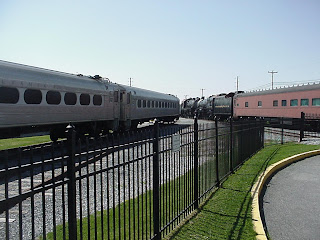 This program, "L.A.'s Killer Quake", the latest in the History Channel's mega-disaster series (Nov. 20, 2007) imagines what would happen if there were a 7.5 magnitude earthquake along the Puenta Hills Fault (a thrust fault, compared to the San Andreas Fault which is a strike-slip fault), which runs right under downtown Los Angeles.

The program traces the history of earthquakes and building codes in L.A. There was a 1933 earthquake near Long Beach, and then a big quake in 1971. The largest was the Northridge quake on January 17, 1994 and everyone says that this was not "The Big One." A quake along the Puenta Hills Fault happens about every 1000 years, and it is not known when the last one was. The largest earthquake ever in California was in a rural area in 1857, and the San Francisco 1906 quake destroyed the city.

The program covered modern technology to isolate new buildings from quakes, and some older buildings can be retrofitted with reinforcement. Nevertheless, a large Puenta Hills quake could kill thousands and cause $250 billion damage and leave several hundred thousand homeless, a housing catastrophe bigger than Hurricane Katrina's. The ultimate scenario is that the earthquake happens while Santa Ana winds are blowing, stoking uncontrollable fires over the entire region dwarfing what just happened in October of this year.
Posted by Bill Boushka at 8:35 PM