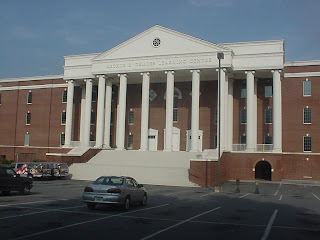 Tonight, The History Channel's "Universe" series aired a one hour "The End of the Earth: Deep Space Threats to Our Planet" in which a number of externally imposed "mega-disasters" were discussed. The first were the well known comet and asteroid, with a particular asteroid that could hit in 2036 after a close call in 2029, and cause a huge tsunami in the Pacific. Proposed deflection measures like blowing up the asteroid or deflecting it slightly are presented. The Siberian Tunguska explosion in 1908 was covered, with this program offering the asteroid explanation.

The program discussed the gamma ray burst, which could be an extinction event from even 1000 light years away (a super nova). It did not go into as much technical detail about supernovas as an earlier "Mega-Disasters" program (which has covered comets and asteroids, also, in separate one hour broadcasts; check this blog Sept Oct 2007). There would be a sudden flash that would overwhelm the sky and continue at night, although those on the other side of the Earth would not take a direct hit.

The remainder of the program were future certainties that cannot happen in our lifetime. The Sun will become a red giant, almost reaching Earth, in 5 billion years, and then shrink to become a white dwarf. In 30 billion years, we may have "the Big Rip" in which dark energy starts separating galaxies, then stars, the planets, and finally the matter of the earth itself.

Imagine a science fiction scenario. The earth's orbit starts to deteriorate because of aliens, 1% a year, and "they just aren't telling us."

There is an AP story by Seth Bohrenstein "Distant Star's Explosion Shatters Record", link here. Over seven billion light years away, from half the age of the universe, it was visible to the naked eye. But the gamma ray burst seems to have been from a "safe distance" and didn't do any harm. From 100 light years away, that would be a different matter.
Posted by Bill Boushka at 7:22 PM