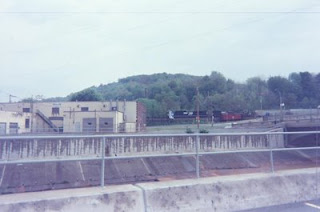 Tonight (June 17) the History Channel Mega-Disasters series presented “Dam Break”, a one hour documentary that examines the risks downstream from dam failures that may occur because of torrential rains, or earthquakes.

The early part of the film gave the history of the Johnstown PA Flood in 1889 (then population 30000, supported by steel mills), which occurred partly because a rich man’s South Fork fishing club that owned an upstream dam had maintained it poorly and undermined it to improve fishing pleasure. The flood occurred after two days of heavy rains associated with a stationary front. The catastrophe was spectacular, with trains washed off tracks, a second dam collecting downtown at a viaduct, and a huge fire.

The film chronicles a dam failure in the Ozarks in Missouri, and the destruction of the home of a family that escaped. An Army Corps of Engineers project, Tuttle Creek, in Kansas is shown, with analysis of Midwestern earthquake risk. Projects in Tennessee are next analyzed, but the climax of the film hypothesizes a rain and earthquake induced rupture of the Hills Creek Dam (built in 1962) above Eugene Oregon, and demonstrates the destruction that would occur in Eugene.

The film takes the position that many dams and bridges were built before the risks of earthquakes in many areas were properly understood. Furthermore, many dams and bridges are in danger because of age. The Army estimates that 10% of all dams are at some risk. The film shows live video of the collapse of the I-35 Bridge over the Mississippi River in Minneapolis on Aug. 1, 2007.

In 1997, I visited the Hoover Dam in a car rented in Las Vegas, and the ignition key for the car broke in the ignition. I had to be rescued by Alamo.