Sci-Fi: "Earthstorm" imagines consequences of an asteroid hit on the Moon 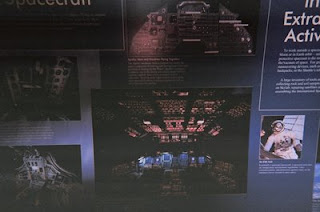 The Sci-Fi channel shows a number of custom-made low-budget movies that seem to be genre clones of the “Armageddon” variety, but the scenarios are so fanciful as to be out of range for speculative “mega-disasters.”

“Earthstorm”, shown tonight, is a good example of a Tinseltown disaster movie rip off. A major asteroid slams into the Moon, send up debris that comes to Earth. That probably would happen. The orbit of the Moon is perturbed, causing aberrations in tides and a succession of Category 5 hurricanes (or perhaps hypercanes). Maybe that would happen. But soon the scientists find out that the pellets hitting the Earth (they do major damage to Baltimore and then level Mexico City) are far too dense even for normal asteroid or lunar surface fragments. The Moon has been cracked, and material is regurgitating all the way from the small heavy metal core. I don’t that this would happen. The concept reminds me of the way my hip broke when I fell in a convenience store ten years ago: a crack in the acetabulum (hip socket).

The models of the moon on television are interesting, and the crack makes for good landscapes. Imagine a canyon hundreds of miles deep. The rest of the story involves sending an implosion and demolitions expert in the space shuttle to implant the right explosives to implode the crack and seal the Moon.

We hear a lot about the ability of the Air Force or NASA to send missions to detonate asteroids and comets approach Earth, but nothing about what to do if a large asteroid approaches the Moon. The largest asteroid in the Solar System is over 400 miles in diameter.

The film (2006) is directed by Terry Cunningham and written by Michael Conyves.
Posted by Bill Boushka at 8:12 PM