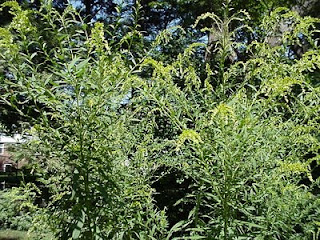 There are already some good videos about Hurricane Gustav on Youtube. Al Jazeera Enlsih has a 2 minute video that shows some of the damage in Cuba and then relatively orderly evacuation from New Orleans this time here. This can be watched in “high quality.”

The Associated Press has a video “Hurricane Gustav Roars Over Haiti” and the country does not look as poor as one expects. There was some footage of the capital Porte-au-Prince. It also includes footage of Santo Domingo in the Dominican Republic. The link is this.

Evacuations appear to have gone much more smoothly than before Hurricane Katrina in 2005. The Republican Convention in St. Paul MN is scaling back its program out of respect for those affected by the disaster, and probably because the Bush Administration was so slow to respond to Katrina in 2005.

CNN reporter Ali Velshi is staying in a steel-reinforced home of a fisherman on the southern coast SW of Houma. He will ride out the storm.

There were reports from the tip of the Mississippi River Shipping Channel, where so much imported and Gulf oil is processed. The hurricane eyewall seems to be ready to go through that part of the Gulf with the heaviest concentration of oil rigs.

CNN reports that the barometric pressure inside Gustav is dropping and the eyewall winds may pick up. There are tornado warnings south of New Orleans (8:30 PM EDT), but these will change constantly.

Roy Nagin, mayor of New Orleans, calls this the "storm of the century" (like the Stephen King miniseries) and warns that any looter will be sent right to "Angola Farm" (the penitentiary).

ExxonMobil has an important page on its preparedness for Hurricane Gustav here. About 25% of domestic oil goes through the New Orleans ports. Much of this production, as well of imports, is shut down; Ali Velshi will report on the oil production situation.

AccuWeather.com information (offered free to bloggers; if you visit the main site you can view the entire national map and choose any area):