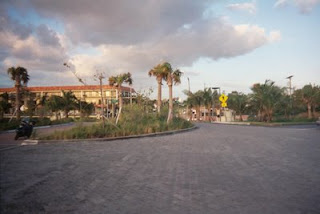 Anderson Cooper loves the chance to turn his CNN 360 program into an instant real-time documentary movie, and he did so today with his special report on Hurricane Ike from the Gulf Coast at 6 PM EDT, for two hours.

Anderson himself was paying his dues by standing waist-deep in a gentle current in Bridge City, Texas, near Port Arthur and near the Sabine Pass on the Louisiana border. At one point, a water moccasin was spotted near him. Anderson’s outdoor approach to reporting shows he is trying to match Sebastina Junger in “paying his dues.”

Rob Marciano reported from Galveston, as did Gary Tuchman, who interviewed one couple who had stayed in their home, in the attic, defying warnings from authorities about “certain death.” The report showed downtown Houston, with streets being swept up of glass that got blown out by the wind tunnel effect on lower floors of skyscrapers, especially the Chase Building. There was a helicopter tour of Bolivar Island, east of Galveston, showing about 15 rows of inundated houses. At the last minute, the storm veered slightly to the East, sparing Galveston from the worst.

Ali Velshi reported from Baytown on the preparations of the oil industry to get back online.

Reporters say that many residents in south Texas cities could be without power for several weeks. But power was still on in downtown Houston, where utilities are underground. I think Texas utilities will get the juice back sooner. I almost got a mainframe contract programming job with Texas utilities in 1988 through a consulting company called Culter-Williams. One job would have involved the nuclear plant at Glen Rose.

Anderson’s 360 blog on the show is here. He is now filming a sequel to “Planet in Peril”. I would love to see a theatrical release from the “Planet in Peril” series, to match films by Al Gore and Leonardo di Caprio. I suppose Warner Independent Pictures or Picturehouse would be logical distributors. I think such a release ought to be made.

The Washington Times reports, in an exclusive story by David M. Dickson today, that John Hofmeister, a former president of Shell Oil, has called for short term odd-even gasoline rationing in many parts of the country, possibly up to Washington DC, to handle shortages due to major refinery disruptions in the Houston area from Hurricane Ike. The reporting by Ali Velshi on CNN so far would not seem to back up this need, but I will track this. The newspaper link is here. 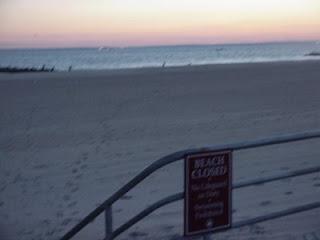 Posted by Bill Boushka at 5:25 PM No comments: 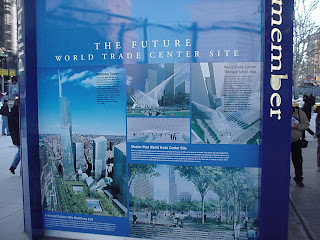 Tonight the History Channel aired “102 Minutes that Changed America”, about New York City on the morning of Sept. 11, 2001. It was advertised as a compilation of live video tapes and audio from news cameras and ordinary people. It was supposed to be in real time, but actually it compressed out about 15 minutes, starting at 9 PM and reaching the second building collapse in about 90 minutes of television time. Sometimes it showed a time counter running with no video.

The History Channel link is here.

The show did include overhearings of news clippings but it did not mention the Pentagon crash that occurred in about the middle of this period. Sometimes news banners on the streets show, but they don’t clearly depict the breaking news.

Probably the most terrifying part of the broadcast is the dust and debris cloud that followed each collapse. Amateur cameras captured the event of being overwhelmed by the could, a concept that would have sounded like Stephen King (“The Mist”) had it not really happened. Another part showed people jumping from World Trade Center I, while a bystander in an apartment building screams “no way,” shortly before the second plane hits. Shortly before WTC I collapsed (the second to fall even though it was the first tower bit), a fireman ran up the lower escalators into the smoky building looking for people.

Amazingly, 911 operators told people in the towers to stay put early during the incident.

The collapses are shown, but the South Tower buckling is not as clear here as in some other films.

The people on the streets did not mince words with their anger, but during the incident the identity of Osama bin Laden and Al Qaeda had not been widely mentioned until later in the day.

The film is followed by commentary by some of the journalists and photographers.

I have a file on a flat site that indexes all the films related to 9/11, here.
Posted by Bill Boushka at 7:58 PM No comments: 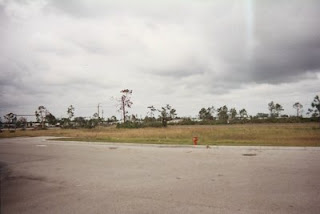 Well, there is a puppet video having fun with Hurricane Ike, posted by “KingoftheLlama,” and “Rokku Productions.” YouTube link here.
The embedding is disabled by user request, and I wonder why so much of the video framed on an old VHS tape monitor (I have an old Panasonic myself to play old VHS tapes). But the script is funny. It says “I am Ike and I need to get bigger.” The poster calls it “a parody of Star Wars Kinda”.

Well, Hurricane Ike grew from a tropical storm to a Category 4 Hurricane today (Wednesday, Sept. 3, 2008), suddenly. There seems to be nothing in its way until it reaches Florida this weekend. Wow, this sounds like a potential Hurricane Andrew (1992), or an “It Could Happen Tomorrow” weather channel film simulating a Category 5 making a dead hit on Miami.

Hannah appears ready to graze the East Coast over the Ocean City and Rehoboth areas this Saturday. Since Isabel in 2003 and numerous thunderstorms took out many weak trees, hopefully a repeat in the DC would not be as severe if it happened. If you’ve hiked in Shenandoah, you notice downed trees everywhere. It’s part of nature for them to come down all the time; it makes shelter for animals. You just don’t want them on power lines or cable.

To the east is Josephine, and two big low pressure systems over Africa. They are all lined up for training.

You can watch Charlene Rice paint a happy seascape in “Hurrican Gustav, Hanna and Ike: God Is Bigger,” link here. She starts with a blue background and gradually fills in waves and storm clouds, and demonstrates painting techniques. There is an artist with a similar show on MPT (PBS) in Maryland. ( 4 minutes).

Then there is “Gustav, Hanna, Ike Hurricanes: Please No:” link here. The film shows mostly footage of Katrina’s destruction (some of it quite graphic), with some footage of the auto evacuations. At the end, it says that hundreds of thousands of children were made homeless by Katrina. One could say that about the 2004 tsunami.

Miami Map from Accuweather.com (to follow as Atlantic hurricanes approach):