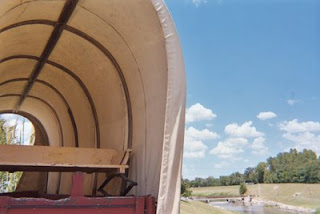 On Sunday October 12, the History Channel aired “Black Blizzard,” a 90 minute (with commercial breaks) documentary about the dust storms and dust bowl on the Great Plains of the United States (particularly Texas, Oklahoma, Kansas, and eastern Colorado and New Mexico) during the Great Depression, particularly from 1932-1935 (culminating in “Black Sunday”). The storms look like huge dark clouds 2000-10000 feet tall marching across the plains, with winds up to 100 mph. Some reached Chicago, New York and Washington with some dust. Families had great difficulties shielding even the insides of their homes from the fine, talc-like dust which killed “dust pneumonia” or a kind of silicosis. Storms generated their own internal static electricity, like lightning.

The dust storms resulted from careless farming methods that removed topsoil before 1930, followed by drought, cause by cool Pacific and warm Atlantic water, which shifted a jet stream further south.

When I lived in Dallas in the 1980s, there would occur occasional minor dust clouds and deposits on cars, especially in March and April.

The dust bowl problem of the 1930s anticipates our global warming challenge today.

The History Channel link is here.
Posted by Bill Boushka at 7:15 PM