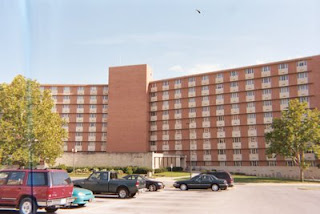 Tonight, the Discovery Channel presented “Sodom and Gomorrah” as part of its “Biblical Mysteries Explained” series.

The one hour film presents an overwhelming case for the theory that the destruction of several ancient cities along the Dead Sea occurred on June 29, 3123 BC from the back plume following an asteroid that exploded over what is Austria today, even knocking the top off a mountain in the Alps. The plume would have looked like an enormous meteor shower, but soon the temperature over Sodom and other cities would have become so hot that the occupants fired and buildings burned. Lot’s wife was probably incinerated when out in the open, her charred corpse looking like a pillar of salt in the region today.

The asteroid has been tracked down from Sumerian drawings kept in the British Museum in London (which I visited in 1982).

The asteroid came from the Aten Belt (link http://en.wikipedia.org/wiki/Aten_asteroid ) between Earth and Venus. The explosion was 10 times the size of the Tunguska explosion over Siberia in 1908. The explosion was 100 times as powerful as the largest hydrogen bomb. The event resulted in a “climate collapse”: a “nuclear winter” of several years, and the turning of north Africa into the Sahara Desert and the middle East into the arid region it is today.

Ancient people would have seen this as the end of days, but were it to happen today, it could be a mother of all mega-disasters and threaten civilization as we know it. Yet the asteroid was less than a mile long and wide.

A comet could cause such a catastrophe, although the details of how it would explode and do damage could be much different.

The Biblical story in Genesis 19 now seems to present us with a great deal of irony. There seems to be an ultimate moral truth, but it is more about how fragile our world can be. Ancient nomadic culture was communal and socialistic (but so was early Christianity) with great emphasis on sharing hardships as well as wealth. Cities were seen as anathema to these values (as perhaps they are today – I had a roommate at the University of Kansas from the western Kansas town of Tribune, which I eventually visited, and he often talked about the corruption of cities, but this was back in the 1960s – even though he was also a fan of Ayn Rand and Atlas Shrugged). Sodom and Gomorrah (I’m reminded of Judge Robert Bork and his book “Slouching Towards Gomorrah”) apparently were quite inhospitable to Lot and his family and other nomads seeking shelter. Lot and his family left in advance of the catastrophe. The moral lesson for today is that the demands for hospitality can come at anyone as a bolt from the blue. After Hurricane Katrina, many people took in relatives and sometimes strangers. Hospitality demands could come in any area if there were a disaster, manmade or natural. Were I still in Dallas (I owned two different condos when I lived there), I probably would have heard appeals to take in people from the Dallas MCC or Cathedral of Hope (separate now). I once did take in someone for a few months in October 1980.

Of course, this gets us to the issue of homosexuality, and the idea that this story led to the condemnation of any sexuality that does not risk procreation, and the word “sodomy” and the legal issue (stemming in large part from religious misinterpretations) that would not be settled until Lawrence v. Texas (2003). Yet, some of us experienced the early days of the AIDS epidemic as a mega-disaster, which it has always been in Africa (although, again, apparently not because of homosexuality).

Pictures: McCollum Hall, University of Kansas, where I lived in room 907 1966-1968, looking out of Iowa Street in Lawrence; devastation in Bay St. Louis, MS, photo taken by me in February 2006. 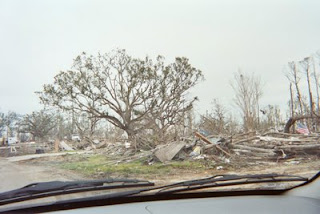 What really happened to Sodom and Gomorrah? For answer to this question and for the explanations of many other biblical mysteries (including the Tower of Babel), check out