History Channel: "Krakatoa" episode in "How the Earth Was Made" 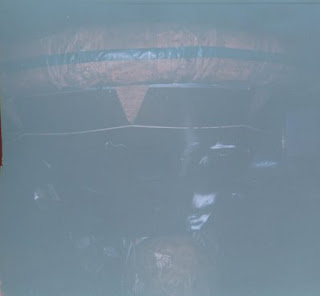 On Tuesday, Feb. 24, 2009 the History Channel aired, at 9 PM, an important episode of “How the Earth Was Made” episode "Krakatoa". Unfortunately, this was the same time as President Obama’s speech, but it will be reshown several times and could be recorded; it is available on DVD at this link.

The episode resembles a similar “Mega-Disasters” episode aired in November 2007.

But the program starts with a focus on the “new” volcano Anak Krakatoa (the Son of Krakatoa) in the channel (Sundo Straits) between Java and Sumatra, Indonesia. One scientist says that the cone has grown 300 feet between two visits over just a few years. It is now 1030 feet high, but did not exist until 1927. It has had many small earthquakes and shows a lot of subsurface activity. The show presented analysis of “lava bombs”, which contain do not contain of silica as Krakatoa’s did. The magma comes from several miles deep. In time the magma of the new volcano will gradually become more viscous, a sign of another possible explosion.

The original explosion in 1883 (actually the last of a series over several days) created the loudest noise ever heard on Earth, according to the program (even louder than a thermonuclear explosion).

The program goes on to show how the pyroclastic blast rode along the ocean channel at 200 mph to the surrounding islands, and how the blast created a 120 foot tsunami.

It later looks at sulfuric acid levels in ice core samples near Ross Island, Antarctica, with another eruption in Roman times. The studies are done at the British Museum of Science.

Indonesia is literally composed of volcanoes. But there is a particularly dangerous “kink” underneath the Strait, as discovered in 1988. It is the geological equivalent of a knot in someone’s stomach.
Posted by Bill Boushka at 8:16 AM No comments: Links to this post It’s rather odd to bring up the subject of mega-disasters in conjunction with domestic diva Martha Stewart, but the “Martha Steward Living” show today (10 AM EST Feb. 19, 2009, ABC) mentioned Colony Collapse Disorder of honeybees. Her blog doesn’t have the entry yet, but it probably will later today. Wikipedia has a detailed explanation of the problem here. There are various hypotheses, including cell phones or microwaves and immunosuppression (even in insects!) There are a lot of reports that it could grow into a serious economic problem for agriculture, in a time when we are trying to develop “sustainability.”

Martha had a guest who showed how to attract a bee colony. She indicated that in many communities, including New York City, you need a license to start such a colony. It’s hard to say if doing so would have much impact on the disorder.

One Donald Trump NBC “Apprentice” assignment in California took place at a bee hive farm in the Central Valley.
Posted by Bill Boushka at 8:14 AM No comments: Links to this post 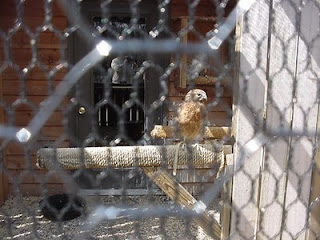 PBS “American Experience” tonight aired a one hour film “Hijacked” about the beginnings of airline-associated terrorism from the United States point of view. After the 1967 Six Day War, the Palestinian cause attracted radical Marxist elements like the PFLP, or the Popular Front for the Liberation of Palestine.

In September 1970 the group took over four non El-Al flights from airlines associated with countries, including the US, that supported Israel. The political tactic was to go after “capitalist” countries and their citizens to try to force Israel to release Palestinian prisoners, but, in the context of the Cold War, the event seems as much an extreme Left-wing war act as an act supposedly intended to benefit the Palestinians for just grievances (over land, etc). Jewish citizens were singled out, as were men from the offending countries. One plane was destroyed after the hostages were removed, with the hostages being taken to a hotel as indefinite “political prisoners.”

The link explaining the PFLP is here.

These incidents help stimulate the development of standard airline security that would become commonplace for decades. In the 1960s, with the airline industry was much more regulated in other ways (like airfare) one could board a commercial plane with no security. Gradually it would be taken over by private security companies, whose effectiveness would be questioned after 9/11.

The attack at the Munich Olympics in 1972, leading to catastrophe, might have in some ways have been partially motivated by this 1970 event, but the 1970 event seems as much an expression of Communism, the stuff of those old Irving Wallace novels, as of anything like radical Islam was we know it today.
Posted by Bill Boushka at 8:35 PM No comments: Links to this post

"San Andreas Fault", "How the Earth Was Made", on History Channel 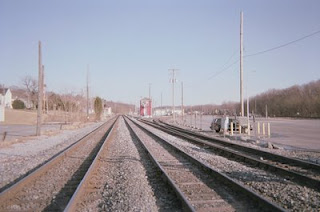 Tonight, Tuesday Feb 10, 2009, the History Channel started its “How the Earth Was Made”, with “The San Andreas Fault,” directed by Robert Stanges. The strike page is here.

The program started by reviewing the 1906 San Francisco earthquake and noted that the damage was much greater than normally explained by a 7.8 magnitude quake. 1% of the population died and 10% of the city was utterly destroyed, before the fire. The show then shows the geography of the fault, moving toward the southeast from the Pacific Ocean, coming ashore in pristine country about 15 miles south of San Francisco at Muscle Point, where the two colors of unrelated, crumpled rock show that the North American Plate lies on top of the Pacific Plate.

In 20 million years Los Angeles would have moved up to occupy a position east of San Francisco. A major quake in the straight line part of the fault south of Los Angeles occurs every 200 years and is overdue by a hundred years.

The town of Hollister, CA rarely feels quakes because of the serpentine rock (like talc) absorbs the shear. On the other hand, Parkfield has a mild quake every 22 years.

Various portions of the fault are shown, including one areas where a creek moves 300 feet at a right angle. After the San Francisco quake in 1906, a fence in Marin County moved eight feet.

Experiments at UCLA show that a major quake along a straight line sends out triangular “super shear” shock waves about a minute after the quake. The shock wave resembles a sonic boom generated by a supersonic airplane. These secondary shockwaves could topple highrise buildings previously thought to be able to survive even major earthquakes.

When a company I worked for, Chilton in Dallas, was taken over by TRW in southern California in 1988, people wondered if they would keep the Dallas data center as insurance against "the Big One". They didn't. But the sequel to the company, Experian, is back in the Dallas area. Good idea.
Posted by Bill Boushka at 7:25 PM No comments: Links to this post

PBS Nova: "The Spy Factor": The NSA, and failing to connect the dots before 9/11 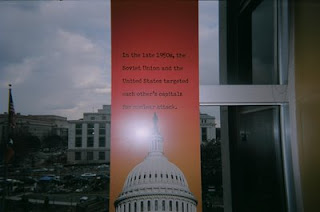 Tonight, PBS aired a one-hour documentary about the National Security Agency, “The Spy Factor.” The NSA (“No Such Agency” or “Never Say Anything”) lies on a large campus half way between Washington and DC, near the Baltimore-Washington Parkway and near Fort Meade, MD. It employs a large number of computer professionals and mathematicians and linguists. It also employs people “listening in.” The link for the program is here.

The Agency developed its enormous resources during the Cold War. The Soviets were easy to find but hard to kill. Al Qaeda is the opposite.

And NSA has always had legal and bureaucratic impediments to sharing information with other agencies. This would be particularly and tragically crucial before 9/11. The 9/11 Commission would write a lot more about the FBI and CIA than NSA. The NSA actually had traced the phone bought by Osama bin Laden in 1996 and could trace him to a particular three-story house in Yemen, shown in the film. The phone calls were not encrypted, but the conversations may have been carried out with code words nevertheless. The NSA obtained some information related to the Tanazania attack in 1998 and then the USS Cole in 2000. But it and the CIA were not able to share information with the FBI legally as certain individuals met in Kuala Lumpur and then rented apartments in San Diego in early 2000. By early 2001, the NSA and CIA were expecting an attack somewhere, but they thought overseas. (At the time, the media was concerned about foot-and-mouth disease as I prepared to go to Europe in April.) As the hijackers assembled, they avoided chain motels with computerized records and ironically some lived in the Valencia Motel in Laurel, MD, near the NSA Campus, shortly before 9/11.

After 9/11, and some questionable actions of the Bush administration, the NSA’s warrant to eavesdrop, apparently with minimal supervision from the FISA courts, increased. A female employee (herself reserve military) talks about listening to “diaries” and there were many innocuous conversations between Americans and people overseas intercepted. The NSA has shifted emphasis from following satellites to tracing fiber-optic communications over trans-oceanic cables. Much Asian communication comes in to San Luis Obispo, but is routed up to a switching center run by AT&T in San Francisco. As reported in 2007 by a PBS documentary, engineers have noticed changes to the equipment in San Francisco that would appear to enable domestic surveillance.

The film showed the red Cray Computer boxes, and discussed the idea of shifting or screening the chatter with robots, similar in concept to those used to discern spam.

So there is a great deal of paradox: NSA seems to have unlimited powers to snoop, but is compromised, possibly still, in communicating with other agencies.

In the world of the modern Internet with so many different kinds of websites and P2P arrangements and wireless and bizarre social connections, it is possible for ordinary citizens to attract information that could have intelligence value, and that might be lost in the bureaucracy if detected by government intelligence channels. This may, in fact, have happened in the two weeks before 9/11 and in a few instances in the previous two years.
Posted by Bill Boushka at 6:28 PM No comments: Links to this post