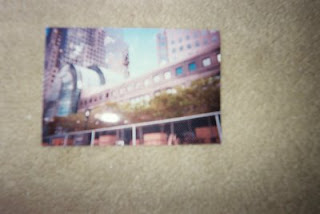 The History Channel, on March 31, aired “Bible Code II: Apocalypse and Beyond”. The Channel’s own reference is here. There are some other websites that deal with Bible codes, such as “Hebrew Bible Code Matrices” here. I actually could not find a program “Bible Code I” readily.

The central concept is ELS, or “equidistant letter spacing” from which dates or events are parsed and accumulated, somewhat as in the recent film “Knowing” from Summit Entertainment.

One problem is that it is easy to overinterpret coincidences. Events in one’s life often seem to depend on coincidences that generate complications that run out of control. But does this mean that the combination of circumstances was really so improbable?

The program talks to various experts in the scriptures and code research, including Barry Simon at Cal Tech and Harold Ganz, who maintains that the Bible Code Matrices really do predict concrete events whereas Nostradamus was much more “nebulous.”

There is some careless phraseology early in the film when it says that the “first five books” of the Bible are known as “The Old Testament” when the film script probably meant to say “Pentateuch.”

There is some attention to the Tomah and locating or dowsing for the original Ark of the Covenant.

But then the show returns to the issue of using code matrices to predict catastrophic events. It is shown that the code predicts the assassination of Rabin in 1995. There is a lot of attention to the prediction of 9/11 and all of its targets, including both of the Twin Towers and then the Pentagon. The codes apparently predicted the Malvo sniper attacks in Maryland, DC and Virginia in October 2002. There is discussion of predicting the fall of Saddam Hussein, and an indication that Saddam actually moved the unfound “WMD’s “ through Syria to the Bakka in Lebanon. There is a prediction that civilization will be destroyed by a comet in 2012 (the date of the Mayan end of times), but another prediction that mankind will destroy the comet.
Posted by Bill Boushka at 11:47 AM