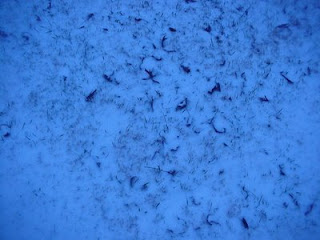 The History Channel’s episode “Iceland” in its “How the Earth Was Made” series, aired Tuesday April 28, offers a companion piece to “Yellowstone” (previous review) with a similar message. The "History" link is here.

The progressive little country occupies a land mass, straddling the Arctic Circle, halfway from North America to Europe, and straddling the Mid-Atlantic Ridge. This is the one place where the Ridge rises above water, and the biggest reason is a 400-mile-deep molten well under the surface, much as with Yellowstone.

The island experiences fissure eruptions, one as long as 16 miles. The island is growing and separating along the ridge, leading to a depression across the country that looks a bit like the San Andreas Fault in California.

The program covered past eruptions, including one in the 18th Century that put a red mist into the air, which consisted partly of sulfuric acid, that drifted over Europe and caused frigid winters and may have created the political unrest that led to the French Revolution.

Glacial floods are a major threat in Iceland, such as one in 1996 (try this photo gallery). BBC has a newer article (2002) about more recent fears.

But the melting of glaciers as a result of global warming could make a huge explosive eruption more likely. Iceland has the potential for a supervolcano eruption just as does Yellowstone, although there may not be any evidence that one is overdue.
Posted by Bill Boushka at 8:48 PM