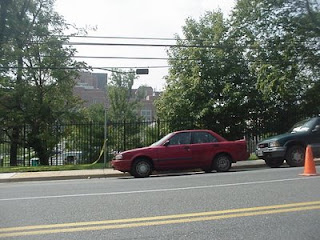 Fredericka Whitfield moderated. The main contributor was Carlos Del Rio. Much of the show consisted of questions from viewers.

The panel explained the World Health Organization level chart, color coded very much like our terror status. We are at level 5, which means that “the virus has caused sustained community level outbreaks in at least two countries in one WHO region. At phase 5 a pandemic is considered imminent.” The link defining the “Levels of Pandemic Alert” is here.

One viewer said that she had just returned from Cancun, Mexico and asked if she should stay a way from a wedding. Dr. Del Rio said no, as long as she didn’t have symptoms, it was safe to go.

Another question was, isn’t it better if a lot of people get mild disease now in order to protect them if a much more virulent epidemic occurs in the fall. The doctors said no, one should never be deliberately be exposed to an infectious disease, because the consequences are unpredictable. Yet, in the past, health experts have said that children exposed to many infectious diseases when very young grow up to be more resistant and stronger – but they must survive first. It sounds like a moral question rather than a medical one.

There was discussion of the timeline for vaccine availability and the difficulty in preparing one and testing it properly before fall. The 1976 experience with Guillain-Barre syndrome and the vaccine was discussed briefly.

The greatest concern about this H1N1 strain remains its apparent novelty and therefore unpredictable. So far it does not seem to be any more communicable than common flu, and is not going to be transmitted excessively easily on subways or in bars or workplaces. Schools deserve attention, however.

There have been a number of films with fictitious scenarios for pandemics made, mostly for TV or cable, and they are covered by the “pandemic” label below. Another such film was “Outbreak” (dir. Wolfgang Petersen, 1995, Warner Brothers) about a monkey virus, shown to an AP chemistry class when I was substitute teaching.
Posted by Bill Boushka at 2:30 PM