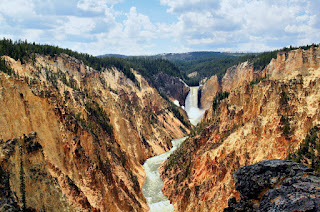 In 2005, BBC, with director Tony Mitchell, made a two hour television film “Supervolcano”. The film traces a seven-day supervolcano eruption from Yellowstone, viewed from a British scientist who is researching geology in Yellowstone when he is “trapped” here by the catastrophe. 80% of the United States is severely affected, with half a million deaths, and 20% of the country made uninhabitable by ash fallout. The film shows whole American cities (in the Rocky Mountain area) destroyed and people living in shantytowns at the very end.

The film consists of two one-hour parts and has been posted on YouTube (with each part itself in six 10-minute segments, which can become confusing) by Brainf55. I don’t know whether it’s authorized by BBC or not, so I didn’t embed it, but here is the link to the last (and most telling) segment. Here is BBC’s own descriptive link for the program.

The narrative style of the film is declamatory and tends toward exaggeration. At one point, USGS scientist William Liebermann (Sam Charles) objects to being asked to mute the truth to quell public panic. The supervolcano eruption occurs in stages, starting with smaller “Mt St. Helens” eruptions and leading to the Big One(s).

The film was also shown on the Discovery Channel in the US in 2005 as well as in Britain on the BBC.

The August 2008 issue of National Geographic has an important article by Joel Achenbach, “When Yellowstone Explodes,” online link here. The magazine has a fold out that diagrams the multiple magma chambers below the caldera, a kind of Jules Verne “Center of Earth” concept. One concern is that our 600000 year waiting period may be over, although others still downplay the risk will play out any time soon in current history. 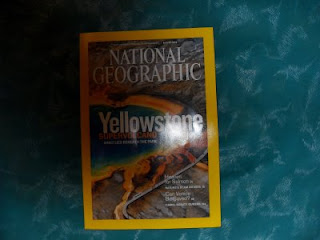