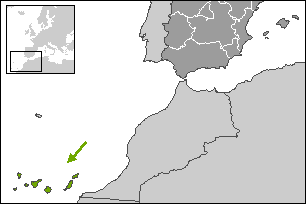 On August 23, on PBS, "Globe Trekker" WETA (Alex Riley, apparently a Brit) toured the Spanish Islands: the Balearics off the coast of Spain, Mallorca (site of some chess tournaments) and most of all the Canary Islands, including Cumbre Vieja, the volcano that could trigger an avalanche resulting in a huge tsunami that would reach the East Coast of the United States. Reilly also took a gondola up a nearby volcano, and hiked to the 12000 foot barren summit. The particular volcano has been dormant for about 1000 years, but still leaked sulfurous fumes.