History Channel: "Doomsday 2012: The End of Days", from "Decoding the Past" series 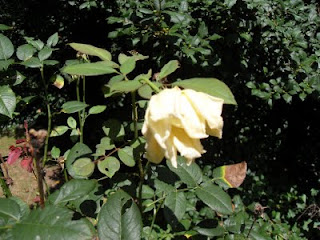 On Saturday, Sept. 4, the History Channel aired the one hour “Doomsday 2012: The End of Days” as part of its “Decoding the Past” series, show url link here.

A central theme of the report was the “Web-Bot Project” (a typical description is here http://urbansurvival.com/simplebots.htm ) which makes automated robotic scans of the Internet to predict the future. The Project allegedly predicted 9/11, the anthrax attacks, Hurricane Katrina, and the great Northeast power failure in August 2003.

The central thesis seems to be that around Dec. 21, 2012, the Earth and solar system will be lined up in a certain configuration relative to the Black Hole in the center of the Milky Way, and a “pole shift” may occur suddenly, bringing about a cataclysm. Such an idea undergirds Allen Eckert’s 1970s novel “The HAB Theory.”

There are many predictions of apocalypse at the end of 2012, mostly based on the idea of cycles of history. The best known is the Mayan prediction, but there are others, such as the Hopi Indian “4th World” tradition that predicted that the world would be encircled with a “Web” (the WWW); English author Richard Head (late 1600’s) invention of “Mother Shipton” and her predictions; Merlin, and the Chinese I Ching. The Mayans apparently predicted the arrival of the Spaniards on the exact date in 1519.

"End of Days" was a Universal Picture at the end of 1999, directed by Peter Hyams, with Arnold Schwarzenegger as an atheist ex-cop trying to keep the devil's bride from bearing a kid.
Posted by Bill Boushka at 7:00 AM