"Thirst" (Korean) hypothesizes "Emmanuel virus": what happens to a priest who gets infected and vaccinated 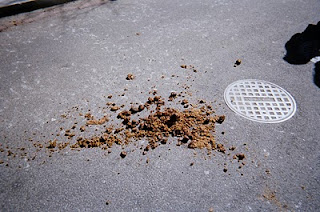 The Korean film “Thirst” (“Bakjwi”), directed by Park chan-wook, based loosely on the novel “Therese Raquin” by Emile Zola, at least starts out with a plausible thesis. A new virus has emerged that seems to combine the symptoms of Ebola and smallpox, and is called the “Emmanuel virus”, as if the virus could transmit supernatural abilities, perhaps by carrying bizarre radioactive isotopes. It may have been government designed.

A “sincere” priest Sang-hyun (Song-kang ho) volunteers to take an experimental vaccine, and apparently has to be infected with live virus to test the vaccine. He gets sick, but miraculously recovers after a blood transfusion.

Then the movie takes a turn that may be silly or profound. What if a virus really did give somebody supernatural powers. In this case, he becomes a vampire. Pretty soon he is a “relationship” with the wife of a childhood friend.

Asian “existential” horror films tend to be long and drawn out (like the Japanese horror film “Kairo” or “Pulse”). This one runs well over two hours, but gradually builds on its abstract imagery (many of the clinical scenes are filled with white, and medical devices figure into the vampire scenes). The concluding sunset is quite beautiful, as if the last one the not-so-permanent vampires will ever see. The image of their feet disintegrating in their shoes closes the film.

The film really starts out with a warning – the description of the virus (in English) is quite chilling. Then it turns artsy.

The official site for Cannes is not too helpful, link here.

Don’t confuse this with a (brand new?) documentary film “Thirst” from Alan Snitow and Deborah Kaufman, about water preservation, from Bullfrog films. It’s not on Netflix yet, and I don’t see it yet on imdb. But it has a DVD/book order site. I’ll look into this soon for possible review. I didn’t see it listed in the DC Environmental Film Festival starting now (“Carbon Nation”, March 28, looks important).

Picture: Waste from a health care demonstration in Washington DC.