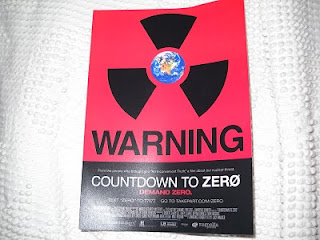 Suppose some time in the near future I’m living in Toronto or Vancouver or maybe even LA making my movie, have any major television channel on in my condo, and suddenly get “breaking news” that a small nuclear device went off in New York City or Washington DC (or maybe both). The world would never be the same. Simulation of such a fictitious day would probably make an “interesting” event for a network like CNN. We were warned.

The film “Countdown to Zero”, directed by Lucy Walker, from Participant and Magnolia Pictures, starts its argument (after a brief prologue with Gary Oldman) exploring the ease with which highly enriched uranium (HEU) can be sequestered in lead containers so that normal shipping security doesn’t detect them. Sleeper cells could, with moderate know-how, construct a crude weapon. Less likely is the theft or illegal purchase of a suitcase device. But Al Qaeda is dead set on trying to do this, according to the film. Osama bin Laden’s sense of revenge is measured in body counts, almost like the morbid way we once looked at the Vietnam war.

About half way through the film, it shifts gear to examination of the spread of nuclear weapons to unstable countries like Pakistan and probably Iran and North Korea soon. The geopolitical ramifications are explored, as there would develop a number of Islamic states in the Middle East with nuclear weapons to oppose Israel.

The Berlin Wall fell in 1989 and the Soviet Union collapsed at the end of 1991, but the US and Russia, while having negotiated some reduction of nuclear weapons, still maintain over 23000 nuclear warheads. The film covered the SAC and the weapons silos in the Great Plains, maintained by airmen who drill checklists all the time. In 1995, there was an “accident” off the coast of Norway that, according to the “launch on warning” policy, could have led Russia to attack the US; Yeltsin kept a cooler head.

The film shows photo maps of many world cities and the reach of nuclear blast zones over them. It covers the 1962 Cuban Missile Crisis briefly, but cites John Kennedy’s “Sword of Damocles” speech.

The film does mention the electromagnetic pulse (EMP) threat, but in conjunction as the first step of an all out nuclear attack (starting with high altitude EMP blasts to disable defenses in a region). In fact, as noted here, it's conceivable that a terrorist group or a rogue state (Iran or North Korea) could fire an EMP device from offshore with a scud-type missle from a ship.

The film makes a strong philosophical point: "there is always a first time" ("eventually" in a mathematical sense, just not "frequently") for low probability events.

The film starts to make the point about the importance of policing up all the nuclear materials in the former Soviet Union (an aim of Sam Nunn and the Nuclear Threat Initiative) but then wanders away. I think one could make a documentary film about how those inspections should be conducted!

Participant Media has a petition site called “Take Part” here. The movie poster has both yellow (for “yellowcake”) and red versions.

Posted by Bill Boushka at 3:52 PM No comments: Links to this post 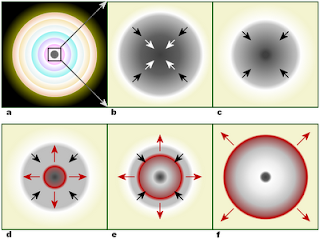 On Saturday, July 3, the SyFy Channel tried to “warn” us, or perhaps just “entertain us”, with a film from “The Asylum” (not “The Factory”) and director Anthiny Fankhauser, “2012: Supernova”. Now the title of that movie concatenates the titles of two much better films (without the help of a java string operator, thank you), and the precept is pretty silly. The scientist is hiding a government secret: that a Supernova will soon destroy the earth with climate change and electromagnetic storms.


It’s not clear where the Supernova is, but the closest possible one would be over 1000 light years away. But a supernova that far away could fry the planet with a gamma ray burst, and there would be nothing we could do about it. This may have happened once, about four billion years ago.

The government plans some high altitude nuclear bursts to deflect the radiation, a silly idea; in fact, what such bursts would probably do is fry a lot of the Earth’s electronics with an electromagnetic pulse (EMP). The cure is as bad as the disease, it’s like whole body radiation. The film has lots of earthquakes and silly car chases, too.

The Washington Post had listed an older 2005 Hallmark film named “Supernova” here. It’s directed by John Harrison and features Peter Fonda and Luke Perry (playing astrophysicist Chris Richardson). What if the Sun were going to explode or at least suddenly expand and “they” just didn’t tell us. (There is no “they”, remember.) That doesn’t happen, but as in “Deep Impact”, the government has provided for some people to survive underground, and the world is beset with EMP pulses. There’s massive damage to Sydney and other cities (presumably the film is Australian).

There was actually a TV series “Supernova” where a British astronomer goes to live in the Australian outback.

There was also an MGM-UA film in 2000 named “Supernova” with James Spader (directed by Walter Hill), where a deep space probe finds an artifact from a black hole produced by a supernova. The artifact apparent contains strangelets or instrumentalities of other dimensions that some people say could “infect” the universe (or at least a planet) and turn it into mush, much the way prions can “infect” a brain by propagating changes to the surface geometry of all of the cells. Some people have expressed that fear about the use of the CERN Hadron Collider in Europe.

The nearest supernova candidate (type 1) is IK Pegasi, about 150 light years from earth, a multiple system with a white dwarf that could get too big

Wikipedia attribution link for core-collapse scenario for a type 1 Supernova explosion diagram
Posted by Bill Boushka at 7:26 AM No comments: Links to this post 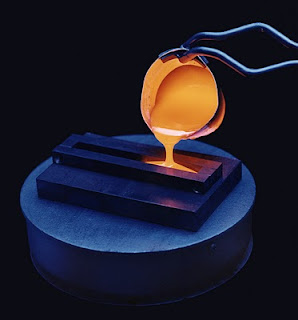 Back in 2005, I received, upon request, a complimentary DVD of the 45-minute docudrama “Last Best Chance”, directed by Ben Goddard, from the Nuclear Threat Initiative, of which former Georgia Senator Sam Nunn is a party.

The film dramatizes terrorists trying to husband nuclear materials including HEU (which can be handled because it doesn’t emit a lot of radiation) to make rogue nuclear weapons. The DVD also includes a panel discussion led by Richard Lugar. Fajer-Al Kaisi, Dennis Arndt, Fred Dalton Thompspn and Jon Gries star, and Tom Brokaw appears as himself.

Recently, there have been a few television shows or episodes discussed here dealing with sudden nuclear threats, so I thought it would be good to give the link for the film here.

Graham Allison talks about the threat on ABC in this YouTube video two months ago, about a summit called by the president. He proposes not just “mutually assured destruction” but “mutually assured detection”. The entire notion of globalization and urban civilization as we know it could be destroyed by a single nuclear blast. (The same concern has developed more recently for EMP.) 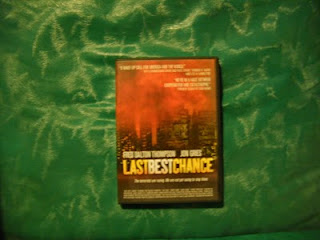 Posted by Bill Boushka at 9:40 AM No comments: Links to this post