CNN: "Bin Laden's New Jihadists" has provocative commentary, not on web yet 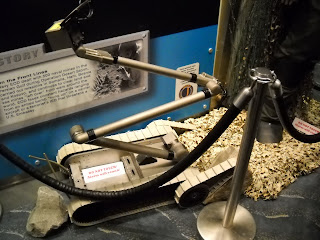 Saturday Sept. 11 CNN aired a one hour report “Bin Laden’s New Jihadists” with Drew Griffin, Fran Towsend and Nick Robertson, link here.  The site links to CNN’s SIU (Special Investigations Unit) page that as of now does not yet have any material on the program. The closest news story I can find, about Omar Hammami , is dated Aug 12 , here.

Much of the program focused on Anwar al-Awlaki, hiding out in Yemen, and who is now on the government’s kill-or-capture list, such as is discussed in this Christian Science Monitor article by Gordon Lubold, here

The most extreme voices in the world of radical Islam, as depicted in the program, demand that all people become literal believers (as they see it) and that religious law take over the entire west, including the United States.

The program noted that many of these persons were well off at one time but it did not get deeply into the psychology (or forensic psychiatry) of turning to extremism.

Here is a related CNN video from Aug 2 on Anwar al-Awlaki,

I suspect that the broadcast will be replayed several times in the next couple of weeks.
Posted by Bill Boushka at 3:37 PM