"Carriers" shows a world destroyed by an H5N1-like pandemic 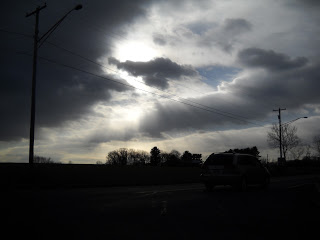 I’m not that much on post-apocalypse movies (actually, the church-sponsored films are actually more interesting, like “Left Behind”, of which I’ve seen the first). I’d rather see the “Event” happen in the movie’s middle and see how people adjust, gradually (sort of like the 1982 film “The Day After”). The cable film “Smallpox 2002: Silent Weapon” did that particularly well (ABC’s “Fatal Contact: Bird Flu in America”, not so well.)  I've seen just one "Resident Evil" and was not too impressed.

Unfortunately, “Carriers” (from Paramount Vantage and the Pastor brothers, David and Alex) puts a few people in an almost zero-population world (it wouldn’t please Phillip Longman); it’s as grim as “The Road”.

The premise of the pandemic is important. Maybe a “super flu” (as in Stephen King’s “The Stand”, a 1995 TV miniseries) could be fatal for almost everyone, and maybe the “carrier state” would be morally important: people without symptoms could infect others, maybe selectively (only the genetically susceptible). In fact, the “sacrifice” involved in “social distancing” to control a pandemic (it was talked about with H1N1 and really could be necessary for H5N1 if it erupts) would make good material for film. The “ethics” of handling carriers (or “typhoid mary’s”) is different for contagious infections compared to STD’s.

In this low-budget Spanish thriller filmed in New Mexico and Texas, four friends (a pun for another film of that name), including two brothers (played by Chris Pine [“Unstoppable”} and Lou Taylor Pucci, head in their car through a wasteland depopulated by the virus. It’s everyone for himself in this world (even for “Christians”); in the opening scene, to avoid giving away any gasoline, Chris’s character speeds the car around a block and breaks his oil pan. That’s not what I needed to see the same day that my own car gave a low tire pressure warning after I hit a pothole.

You see the G-men in bunny suits, and you see what the disease does to the skin, and you rightfully wonder who will be left to restart the world, “On the Beach”.

The website for the film is here.
Here’s an interview with Chris Pine on the movie.

Posted by Bill Boushka at 7:16 PM No comments: Links to this post