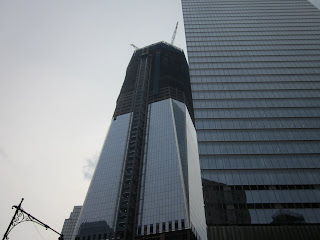 This evening (Sunday, Aug. 28), National Geographic aired most (3 hours)of its 2005 four-hour “Inside 9/11” series (directed by Mike Heasley), but revised in a number of places to account for the killing of Osama bin Laden on May 1 (or 2, depending on time zone), 2011. (This was in preparation to the new interview with former President Bush at 10 PM, discussed Aug. 26 on mu TV blog.)
The first two hours (“Zero Hour”)  recreate in detail the morning of 9/11.  One detail that is particularly interesting is that a student in a middle school told his teacher a week before that the World Trade Center towers would not be standing a week later.  (The third hour is “The War Continues”.)
There are many details of heroism in how people were helped to escape from the towers on the morning of 9/11.   The film also gives a lot of details of the Madrid (2004) and London (2005) attacks.
The basic Natgeo link is here.
Posted by Bill Boushka at 7:03 PM No comments:

Discovery to run "Alien Invasion: Are We Ready?" 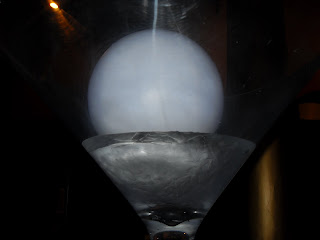 Discovery Channel is hosting on “Curiosity” Sunday at 8, “Alien Invasion: Are We Ready?”  MSN offers a large number of preview videos, such as this one, link.
There are fifteen videos, and Windows 7 or Vista may ask for permission before you can play them.


The general idea is that an alien invasion would be sudden, global, and massive, and shut down the entire planet with an EMP effect with a high altitude nuclear blast.


This "Event" wouldn’t be (just) a gentle young man like Mark Zuckerberg taking over the planet by writing a program like Facebook, particularly in a college dorm when drunk after an argument with a girl friend (the opening of “The Social Network”).  (The central site promoting this urban legend is this.)  On how many other planets in our Milky Way (how many "solar systems") is Facebook in use?
Posted by Bill Boushka at 2:21 PM No comments: 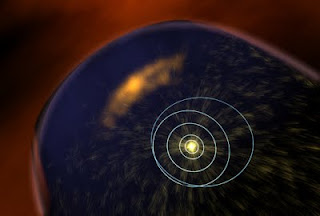 “Liberty Is Not Given” has a 6 minute YouTube video “2012 Doomsday #1: Solar Flares”. The video says that solar flares and coronal mass ejections are not the same things (without clear definitions). It says that CME’s and flares can happen at any time, not just necessarily during maximum solar activity.  It discounted the idea that a 1859-style Carrington-like event could cause enormous long-term power failures.
However, it’s clear that utilities should be hardening their substations and grids from natural disasters, including huge lightning strikes, fires, and solar events, as well as (in coastal areas) tsunamis.
And in the mean time, our political system debates debt as a purely financial matter, without regard to the possibility of sudden shocks to our infrastructure.
The video recommends a site called “Daily Common Sense”, link.
Wikipedia attribution link for picture of coronal mass ejection.
Posted by Bill Boushka at 8:09 AM No comments: