Recalling "The Last Wave" by Peter Weir (1977): a warning about Cumbre Vieja now? 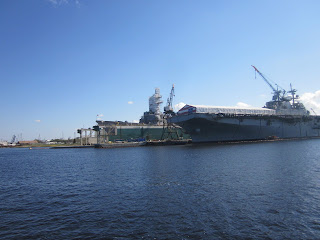 On Oct. 15, on the Movies blog, in reviewing “Take Shelter”, I made a comparison to Peter Weir’s 1977 Australian film (United Artists), “The Last Wave”.
The film is prescient as to today’s debate on climate change (although when it was made, scientists actually feared global cooling).
There are sudden and protracted torrential downpours in various parts of arid Australia (in areas that have been ravaged by wildfires in the past few years).  The film gets into the issue of wrongs done to the aborigines, and a possible curse. A brawl in a bar and the death of one aborigine accelerates the plot, as does the background of a lawyer (Richard Chamberlain) who defends them. The idea of “DreamTime”, maybe like “Inception” in the recent WB 2010 film from Christopher Nolan, comes into play. But eventually there will be an apocalypse: a gigantic tsunami, maybe hundreds of feet high, a Last Wave.
This could be caused by a comet or asteroid hitting the ocean. Perhaps it could be caused by an underwater earthquake, although the tsunami in the movie (at the very end) is much larger than that in 2004 off Indonesia or this year off Japan. It could happen on the US East Coast because of the Cumbre Vieja volcano in the Canary Islands; as far as I know, there has been no effort to prepare for it. See this link.
Posted by Bill Boushka at 7:06 PM