"Extremely Loud and Incredibly Close": the impact of 9/11 on a family with a gifted child 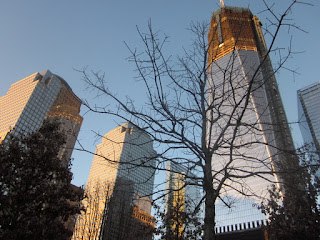 “Extremely Loud and Incredibly Close” was touted as one of the most important films of 2011, but it has been held back for very limited release and started in the DC area today.
The main elements of this film are a gifted but mildly introverted boy Oskar (Thomas Horn, 13 when the film was made), his family in NYC, and the loss of his father (Tom Hanks) in Tower 1 of the World Trade Center on September 11, 2001. Sandra Bullock plays the mother, who has to deal with the fact that she was not as “with it” on Oskar’s gifts  (and emotions) as the father had been.
Oskar displays most of his talents in the physical world, with scrapbooks and art, as well as mathematical calculations – in the film, he shows little interest in computers, even though kids were already very fluent in them by 2001. His father had invented a “Santa Claus” myth of a sixth borough of NYC, somewhere else in space time. As the film starts, Oskar (narrating) says there are more people alive today than have passed away, which I don’t think is actually correct.
Sometime after 9/11 (Horn’s voice was just starting to change when he acted in the film, and scenes had to be shot in real chronological sequence), Oskar finds a key in a vase in the house, almost by accident, with a note from his dad to look for the lock where it fits. Oskar takes it to heart, and enlists the help of an elderly mute renter (Max von Sydow), living in his grandmother’s house across the street, with a mysterious connection to the family. Oskar has learned from dad that he was not “up to having a family”.  Oskar manipulates (even regiments) him into helping, and in an odd exercise of human relations by someone with very mild Asperger’s, almost has to play disciplinarian with the old man. He even asks him some personal questions from a printed list (including, do you have children?)  A family secret will be on the line, and then so will one for another family. 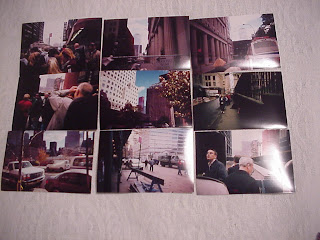 But the backdrop of the film is the unfolding of that “worst” day, when Oskar found six messages on his phone’s answering machine, from his father, caught in the North Tower above the area of the plane strike.  (Cell phones were more primitive then.)  Much of the horror of that day is reenacted (even visually) in relation to these messages (especially the very last one), and that plot device forms the basis for other metaphors in the movie.  Oskar challenges his mother to make sense of what happened, why the perpetrators would do what they did, and she says it doesn't make any sense; it never can.
Stephen Daldry directed this film for Warner Brothers and Paramount, with script adapted by Eric Roth from the novel by Jonathan Safran Foer.  Under a Steven Spielberg, the film might have been a bit lighter.
At the end, you hope Oskar will go on to become another high tech superstar as a young adult, something his father and grandfather never had the real opportunities to do.  (That playground swing reminds me a bit of the spinning top of "Inception".)   Or, maybe more likely, an artist and novelist, maybe a filmmaker.  That scrapbook is pretty impressive. “My dad said, the way I saw the world was a gift.”
The official site is here.
Posted by Bill Boushka at 5:43 PM