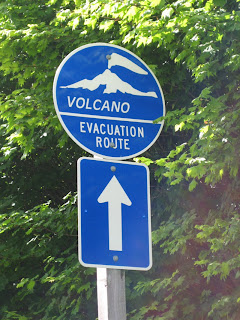 Tonight (Jan. 4) PBS Nova aired the 50-minute documentary “Deadliest Volcanoes”. The link is here.   (Oddly, there is another link called “deadly volcanoes”).
The program presented the danger of the mid-plate Yellowstone supervolcano, which could bury over half of the US in ash, and completely obliterate several thousand square miles, and introducing a years-long cloud, seriously jeopardizing all civilization. It’s been 600,000 years since the last eruption, so we could be due.
But the most provocative part of the program dealt with Vesuvius, and the nearby Naples, which could be completely destroyed (link).  The issue is not just the visible 4000-foot mountain, but the fact that the entire area sits on an underwater supervolcano, as evidenced by gradual land rise, exposing sea mollusks on buildings.  (A prescient friend tweeted a note about a dream about this recently – maybe a psychic warning that eruption is near.)
The program covered the science of looking at supervolcanoes underground with muons, and other instruments to locate concentrations of sulfur dioxide.  Many supervolcanoes have a “lava lamp” vertical channel underneath going 50 or more miles down below.
In 2004, the History Channel aired “Pompeii”, which dramatized the notorious 79 AD eruption. The program was widely advertised on the DC Metro as a major television event.
Another risk is that a lahar (mud flow) off Mount Rainier could jeopardize Tacoma and even Seattle, even without a major eruption.  Evacuation would be difficult.
Wikipedia attribution link is here.
Posted by Bill Boushka at 8:42 PM