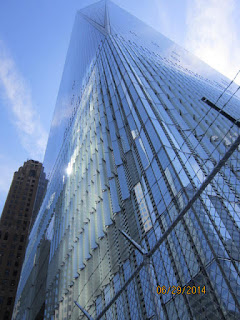 Here is an embed of Geert Wilder’s 17-minute short film “Fitna”. The word means “temptation”, or "division or disagreement among the people".  The film is actually directed by Scarlet Pimpernel.

Wikipedia has a detailed article naming all the Sura and describing the legal action in Europe that resulted, including copyright infringement over the Jyllands Posten cartoon images.

The film opens with shots of the 9/11 attacks and has gruesome footage of many other attacks in Europe.  Toward the end, it emphasizes attacks on gays, as well as intolerance of democracy or unbelief.

The film mentions Salman Rushdie, and Theo van Gogh (who as "assassinated" in 2004 over his film "Submission").

But of course the film can be said to depict only the most radical forms of Islam.

I looked up the film after watching Bill Weir's interview with Wilders on his "Wonder List" show for CNN (see TV blog).

Posted by Bill Boushka at 2:53 PM No comments: 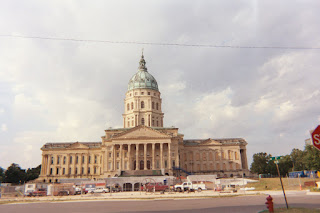 ABC’s “Designated Survivor” on Wednesday night Nov. 30, aired, in an episode titled “The Results”, an idea that does sound like a legitimate risk that our system of elections runs.
A special election is held to replace the members of Congress killed in the attack on the Capitol in the opening Pilot.  But then, in Kansas City, there is an attack on a polling place with(castor bean) ricin (I think the Russians have used this method to eliminate Putin’s opponents, just like using polonium), and at least one poll worker or “election judge” is killed.  I used to volunteer as an election judge for $140 for an 18 hour day.

The new president has to decide whether to hold the election anyway.

Before the 2016 presidential election there were warnings of disruptions, but nothing quite like this.

The terror group is thought to be a right-wing “sovereign immunity” fringe wing that does not want a United States as such to exist again.  No, this doesn’t make America great again.

Posted by Bill Boushka at 10:33 AM No comments: