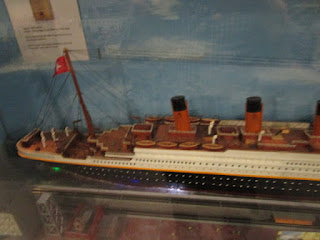 ABC Nightline made a mini-short where Richard Clarke, national security adviser, discusses his book “Warnings” and enumerates various catastrophes that could have been prevented, including 9/11 and the breaking of the levees at New Orleans.  He mentioned asteroids and pandemics.  He is called a Cassandra, as am I.  Here is the best link.

Posted by Bill Boushka at 5:29 PM No comments: 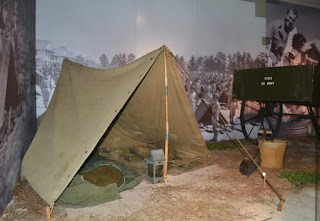 I don’t think I can really call this a “film” in the sense of the blog title, but I wanted to mention News Channel 8 in Washington DC, under station WJLA and owner Sinclair Broadcasting in Baltimore.  The show is “Government Matters”, most weeknights.

Thursday night’s discussion, around 8 PM, was interesting because a female panelist warned that a return to the draft (military conscription) could well become necessary in the future.  There have been proposals in the Senate to require Selective Service registration by women. The commentator suggested that the US may not have enough “volunteers” for future conflicts, perhaps specifically with North Korea. She said we could not get enough “volunteers” for World War II, but didn’t specifically say that about Korea (1950-1953) and Vietnam (1965-1973).

It’s odd that this happens on a Sinclair station, inasmuch as Sinclair has been reported as pushing more conservative content on its own stations.

Posted by Bill Boushka at 11:20 AM No comments: 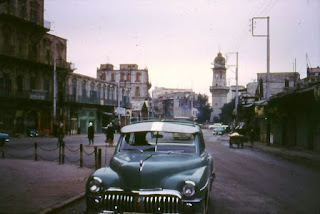 The terrorist was Denis Cuspert, who had developed a career as a rapper in Germany.

FBI translator Daniela Greene was assigned to tail him, but when she went to Germany, she fell in love, followed him to Syria through Turkey, and married him.  This was no honeypot.

Cuspert would be “KIA”.  Eventually she came to her senses and returned to the US and was immediately arrested.  She has plead guilty and her sentence was kept to two years plus probation (or parole) for cooperating.

But this does play like a short film, a teaser for a Hollywood thriller.

Wikipedia attribution link for picture of Aleppo in 1961 by Manfred Nuchter, CCSA 3.0.

Posted by Bill Boushka at 11:27 AM No comments: