"Salvation" on CBS looks at the threat of a hidden asteroid, 6 months out, able to extinguish civilization 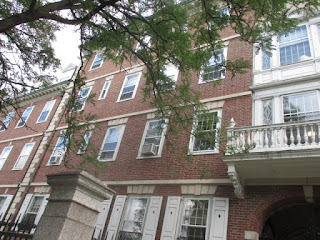 Liam Cole (Charlie Rowe) is an appealing, clean-cut MIT teenage student working on a project to map all of space.  One night, after a date and while in bed with a girl friend (maybe a first time) he gets a cell phone text that his project has discovered an asteroid due to hit Earth in 6 months.
Here is where there are too many coincidences. The government conveniently has a gravity deflection rocket that it wants to use against asteroids, but it wants to keep the knowledge of the asteroid classified.  But the kid has found out, and might talk (or blog about it).  The Pentagon already has a holographic simulation of the projected course.

Liam somewhat resembles the precocious college student Sal in my novel "Angel's Brother".  But what does Sal know in my opening chapter?  In my case, it's a meeting that sets up the dangerous knowledge for both lead characters, as a plot point.


The opening of the series is intriguing, as Liam is in a scene in a bar with the girl friend that reminds you of the opening of “The Social Network” (Thirsty Bernies), also in Cambridge.  Neither show or film is concerned about drinking age of 21.

But how the world would deal with an asteroid is important, and we don’t know that there isn’t something like this out there.  Is Trump ready for this?

“Space” discusses the physics of the project here.  Comets would be less dense than asteroids.

Posted by Bill Boushka at 8:23 PM No comments: 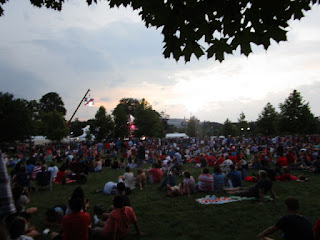 CNBC’s “Squawk Box” featured an interview with former CIA director James Woolsey July 5 on the idea that North Korea has the capability to detonate a small nuclear weapon from an orbiting satellite now, over the US, knocking out the power grid.  So, for the sake of this blog, I’ll call this a “short film”.

Woolsey says that satellite technology is much easier to master than ICBM’s, and cites the Soviet Union’s Sputnik in 1957 as evidence.

Some reports say that this claim has been disputed.

But Woolsey repeated this assertion to Don Lemon on CNN on July 6.

But other than that, major media outlets have not picked up on this and the Trump administration has not yet acknowledged this particular risk.

Tony Cordesman has suggested that a limited military operation against DPRK could do a small (non-nuclear flux) EMP to take out their grids, but woukdn’t that trigger a retaliation if Woolsey is right?

Posted by Bill Boushka at 3:28 PM No comments: